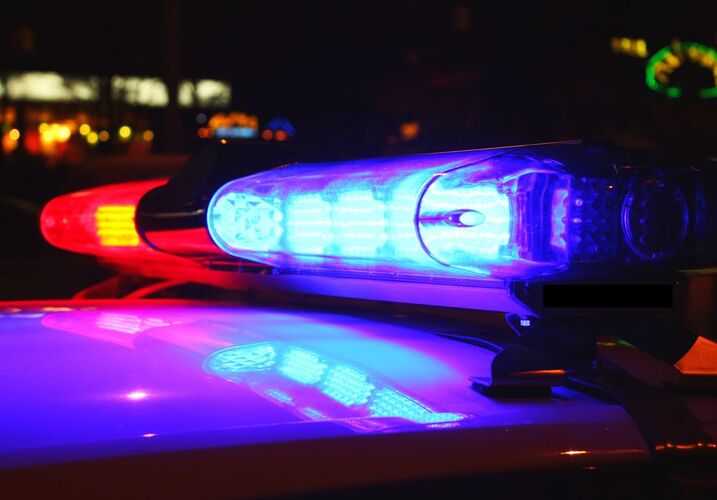 Civil asset forfeiture is a peculiar part of the American justice system. The law is premised on the belief that an object, and not the object’s owner, can be charged with a crime, even if that person had nothing to do with the crime. That may sound silly, but since the 1970s and ‘80s U.S. law enforcement has used the statute to seize tens of billions of dollars in assets and property from criminals and, too often, people that were never involved in a crime at all. Not so silly.

Prior to the expansion of civil forfeiture to help fight the war on drugs more than 40 years ago, the practice was used for hundreds of years almost exclusively to combat customs and piracy crime on the high seas. Today, the law is used far more broadly and is employed to justify the seizure of nearly any property or assets law enforcement believes to be associated with a crime.

What’s the history behind this powerful statute and how did it become such a powerful tool for law enforcement in the U.S.?

The roots of asset forfeiture can be traced all the way back to a Biblical verse, but its modern use by law enforcement is more closely related to a practice in medieval England. This practice was based around the “deodand,” an object that caused the death of a person.

The law is premised on the belief that an object, and not the object’s owner, can be charged with a crime, even if that person had nothing to do with the crime.

When an object killed a person, the object became a deodand and was forfeited to the Crown. In return, the Crown would provide the value of the property to charity. Over time, the charity part fell away and seizing objects responsible for killing people became a source of revenue for the Crown, according to an article on civil forfeiture law in the William Mitchell Law Review.

This relates to modern civil forfeiture in that it establishes the premise that an object can be held responsible for a crime and seized regardless of the owner’s involvement. The concept would later be used in England to expand asset forfeiture to fight piracy and smuggling with Navigation Act of 1660, according to the William Mitchell Law Review.

The passage of the Navigation Act meant that cargo or an entire ship could be forfeited to the Crown, even if the sailors operating the ship engaged in illegal activity without the knowledge of the ship’s owner. This was necessary at the time because ship owners didn’t necessarily sail their own ships, which could make punishing them difficult when their ships were caught smuggling or engaged in another form of illegal activity.

In the early days of the United States, civil asset forfeiture was used in much the same way. The U.S. Supreme Court held that civil forfeiture was necessary to successfully enforce piracy, customs and admiralty law, according to the Texas Tech Law Review. It was used almost exclusively in that realm aside from two instances in American history. The first was during the Civil War, when the process was used to seize Southern property, and later during the early 20th century to enforce taxation and Prohibition, according to the Texas Tech Law Review.

Nevertheless, its use was still limited on land to very specific scenarios that wouldn’t affect most citizens. That changed in 1970, when Congress began weaponizing it as a powerful tool in the war on drugs.

With the passage of the Comprehensive Drug Abuse Prevention and Control Act in 1970, Congress began shaping civil forfeiture into what it is today. This initial act gave law enforcement the right to seize and forfeit drugs and drug equipment, but two subsequent acts would further empower law enforcement to fight the war on drugs.

In 1978, Congress passed the Psychotropic Substances Act, which permitted the seizure and forfeiture of money and securities that were thought to be the proceeds of the drug trade, according to the Drug Policy Alliance. Civil forfeiture was expanded again in 1984, when Congress passed the Comprehensive Crime Control Act and gave law enforcement the power to seize real property, such as buildings and land.

The 1984 law also permitted law enforcement to keep the proceeds from the property and assets it seized. Additionally, it offered a financial incentive to state law enforcement to vigorously fight the war on drugs by sharing up to 80 percent of the value of assets and property it seized as part of the “equitable sharing” program.

The other way was to participate in joint operations with federal authorities and share the return of property seized during the operation if it became forfeited. As a result, law enforcement at all level had a financial incentive to fight crime and seize property like never before, and the growth of seizures skyrocketed.

In 1986, the first year the U.S. Department of Justice Assets Forfeiture Fund was in place, it seized and forfeited $93.7 million in property and assets, according to the Institute for Justice. By 2014, that number had increased to $4.5 billion. While this includes funds from all forms of asset forfeiture — including civil, criminal, and administrative — the exponential growth shows how quickly and aggressively law enforcement began using civil forfeiture as a crime-fighting instrument once a profit motive was introduced.

Some say it may have become a little too aggressive.

In some cases, law enforcement may have abused the use of civil forfeiture by inappropriately seizing property and assets from innocent people. Furthermore, if people wanted to petition the government to recover their seized assets, they had little ability to do so.

In 1986, the first year the U.S. Department of Justice Assets Forfeiture Fund was in place, it seized and forfeited $93.7 million in property and assets. By 2014, that number had increased to $4.5 billion.

Still, forfeiture laws were expanded yet again in 1986 with the Anti-Drug Abuse Act. This law gave law enforcement the right to seize property equal in value to forfeitable property no longer within reach of the law, such as cash, bank accounts, jewelry, motor vehicles, boats, airplanes, businesses, buildings, and real estate.

Civil forfeiture laws would remain unchanged until 2000 when Congress attempted to pass a reform bill.

The Civil Asset Forfeiture Reform Act of 2000 set strict deadlines for when the government had to notify owners’ that their property was seized, and established a procedure for how innocent owners can make a claim to recover their property for the first time since the expansion of civil forfeiture began 30 years prior.

Prior to the reform act, law enforcement could seize property it believed was associated with a crime, but only for some crimes. Once the reform bill was passed, the list of crimes that fell under forfeiture authority grew to include “nearly all serious federal crimes, and a number of state and foreign crimes as well,” according to the Journal of Legislation.

Once the reform bill was passed, the list of crimes that fell under forfeiture authority grew to include nearly all serious federal crimes, and a number of state and foreign crimes as well.

Since 2000 civil forfeiture laws have not changed, aside from a 2015 reform that got rid of adoptive forfeiture but left joint investigative forfeiture in place. Reform has moved more quickly at the state level though, with some states increasing the standard of proof for law enforcement to seize property. Other states have shifted the burden of proof from property owners to the government so that it’s now the responsibility of the government to prove property was associated with a crime, and not the property owner’s responsibility to prove it was innocent.

Even so, many states have not made reforms, and until Congress is willing to reconsider the scope of civil forfeiture it is a practice here to stay.

Have You Had Property Seized?

If you ever find yourself the victim of civil forfeiture, it may seem impossible to recover your property, but an attorney with experience handling such claims may be able to help. At Morgan & Morgan, attorney AnneMarie Sgarlata has experience litigating civil forfeiture claims for the DOJ and she now helps owners get their property back.

If you’ve had property seized by law enforcement through civil forfeiture and want help trying to get it back, contact Morgan & Morgan today for a free case evaluation.

If you’re not a lawyer, chances are you don’t hear too much complicated legal jargon in your daily life. You might even be able to go months without hearing the term “settlement,” but there may come…