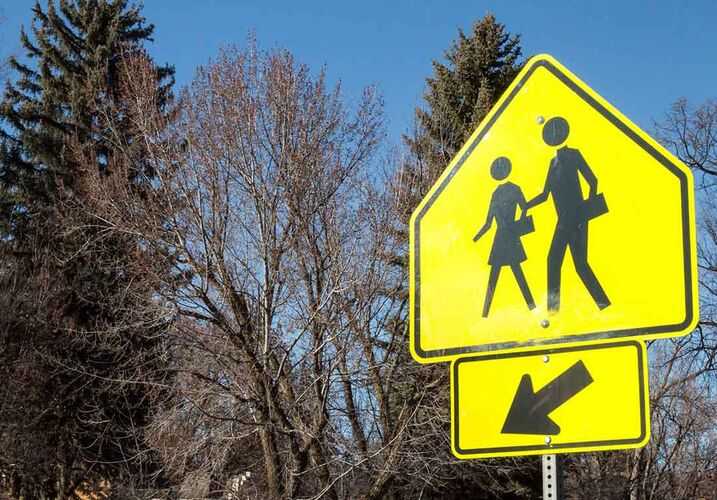 A Polk County School district transportation area manager may lose her job following allegations that she lied about details involving a car accident that killed a teenage boy in May. These allegations have come to light approximately six months after the fatal accident that shook our community. Has anything been done to make the site of the accident, Clubhouse Road, any safer for students since then?

On the day of the accident, the transportation area manager, Brenda Young, is alleged to have told her supervisor that the student’s assigned bus stop did not require him to cross Clubhouse Road, and reportedly changed information in the computer system to support her story.

Young’s alleged comments run contrary to the facts of the accident. The Lakeland student, Kalen Kirk, was struck by a car and killed while trying to cross Clubhouse Road to get to his bus early in the morning. Crossing Clubhouse Road was a daily part of his commute to school.

The Conditions of Clubhouse Road

In addition to being required to cross a busy road to get to his bus, many believe that the poor lighting, lack of traffic signals and marked crosswalks, and other inadequate infrastructure created the dangerous situation that led to the teen’s untimely death.

And it’s not a new issue. Parents who live near Clubhouse Road have complained to Polk County officials about the lighting conditions of this road for years to no avail, according to news reports. In 2014, two young people were also struck and killed in separate accidents along that part of Clubhouse Road.

Regardless of the outcome of the investigation into the transportation area manager’s alleged cover up, it’s clear that Clubhouse Road is not safe for our city’s students. So what has been done to improve this road since the accident six months ago to make sure another one like it will not happen again?

After community outcries for better safety measures on the road, Polk County did finally approve a streetlight. Lakeland Electric crew installed the light on Clubhouse Road and Andros Boulevard, where the teen was killed. Polk County Commissioners also approved agreed to allocate some money in the county budget to finance additional street lights in the area, according to an article by The Ledger.

While the family of Kalen Kirk, along with others in the area, were glad to see the street light installed so quickly, they still don’t believe it’s enough alone to make Clubhouse Road safe.

“Adding a pedestrian crossing, reduced speed zone signs and/or a flashing light during the appropriate times of the day, with each additional street light all along Clubhouse Road is what is needed,” Kalen’s father wrote in an emailed statement, according to WFLA.

Could the Requested Infrastructural Changes Help?

A reduced speed zone would certainly help to reduce the severity of pedestrian car accidents when they do occur. More than 80 percent of pedestrians die when hit by vehicles traveling at 40 mph or faster while less than 10 percent die when hit at 20 mph and under, according to the Federal Highway Administration. The speed limit on Clubhouse Road is 45 mph, whereas most school zones enforce a speed limit of 20 mph, according to the Florida Department of Motor Vehicles.

Some of the other suggestions put forth, such as flashing lights and a pedestrian crossing, would go even further to prevent accidents from occurring. A study by the FWA that looked at crosswalks combined with high visibility treatments, like “crosswalk” signs and flashing lights, found that drivers were 30 to 40 percent more likely to yield to pedestrians than at locations without these treatments.

Until Changes Are Made, Families Should Remain Vigilant

It is yet to be known if families in Lakeland will get their wish for more safety measures along Clubhouse Road and other school bus stops on busy roads. But until changes are made by Polk County, student pedestrians and parents must continue to be careful when crossing high-speed roads with few, if any, lights, crosswalks, and traffic signals.

We empathize with the tragedy that the Lakeland community has endured. Read more to learn how our car accident attorneys help accident victims and their families take legal action.