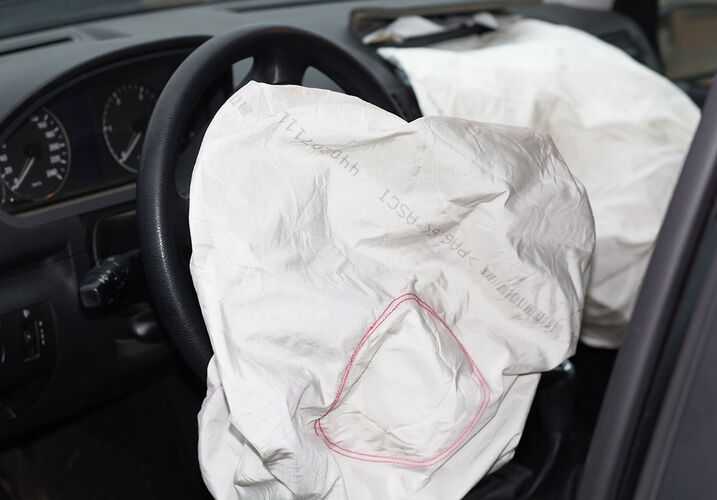 In a move that will surprise some, General Motors has petitioned U.S. safety regulators to delay the recall of nearly one million vehicles that contain Takata’s defective airbags for one year. GM has maintained all along that its airbags are safe, even though none of the other manufacturers have made a similar claim. While it is understandable that GM would want to avoid paying for unnecessary repairs, one year is a long time for owners of affected GM vehicles to drive around in a car that could potentially put them at risk of getting cut by shrapnel flying out of their malfunctioning airbag inflators.

Our firm is filing lawsuits on behalf of people harmed by shrapnel ejected when their Takata airbags were deployed. Many victims do not realize that their cuts and laceration injuries were actually caused by Takata’s defective airbags, not their accident. If you or someone you know was involved in a car accident in which the airbags were deployed and cuts were sustained that required stitches, please contact us today for a free, no-risk consultation to see if you have a claim.

Why Does GM Think its Airbags Are Safe?

The petition was filed by GM with the National Highway Traffic Administration on Sept. 2, but the regulatory agency did not make the news public until last Friday. In its request to delay the recall, GM claimed that it has conducted tests on the inflators and concluded the airbags are not at risk of rupturing. In fact, of the 44,000 airbag deployments in the recalled class of vehicles, none ruptured, according to GM.

The country's largest manufacturer of motor vehicles attributes the safety of its Takata airbags to “unique design features” exclusive to GM, that makes the airbags safer. In order to prove this, GM has hired an independent investigator to help it conduct a long-term study of the airbags. However, the study is expected to take a year to complete, prompting GM to request the extension.

What Does GM Stand to Gain From Delaying the Recall?

If GM is proven correct, the car manufacturer will save hundreds of millions of dollars not having to replace the airbags. There have been a total of 6.8 million GM vehicles identified for recall, which GM says would cost the company upwards of $870 million to repair.

The GM makes and models involved in the recall are primarily pickups and SUVs that are based on the GMT900 platform, and include:

GM is no stranger to spending money on recalls, as the ignition-switch scandal that engulfed the company just a few years ago cost it billions of dollars, according to CNN. With that still fresh in the minds of GM executives, it is possible the company is trying to save money and protect itself from being associated with another recall scandal.

This is good policy from a business standpoint, but for the people who actually drive a GM vehicle, one year is a very long time to find out if the vehicle is actually safe, especially considering no other manufacturer with Takata airbags has been able to prove the airbags don’t need to be recalled.

How Dangerous Are Takata’s Airbags?

In 2008, Honda issued a recall for 4,000 vehicles it believed may have dangerous airbags. Since then, the Takata airbag recall has has grown into the largest and most complex auto recall in U.S. history. Tens of millions of consumers have been affected as a result of the 65 million inflators that have been recalled. However, the worst part about the defective airbags are the deaths and injuries that have occurred to those who were not able to get their vehicle repaired in time.

To date, there have been 16 deaths and more than 100 injuries worldwide attributed to Takata’s faulty airbags. The first Takata-related death happened in 2009, when an Oklahoma teen died in her Honda Accord after the airbag deployed following a minor accident. In the subsequent years, 15 more people have died with the most recent occurring in California in October 2016.

All but two of the 16 deaths have occurred in a Honda, with the other two drivers killed in an Acura and a Ford. However, while the deaths grab the headlines, over 100 people have been hurt by a Takata airbag, with little coverage of those injuries.

This means that just because a GM vehicle has not been involved in a Takata-related incident that they pose no danger. It has recently come to light that people who own cars with Takata airbags and were injured in a car accident may have been injured by their airbag without realizing. After all who expects that the airbag is the culprit of their injuries?

If this is the case, there can’t be complete certainty that Takata-made airbags for GM are safe, because not all people who were injured by a Takata airbag have been identified.

Until there is complete certainty that the airbags Takata made for GM are 100 percent safe, owners of those vehicles could drive around on edge because of the threat their vehicle’s airbag poses. This seems unfair to owners of affected GM vehicles, who did not pay to own a car that has a safety feature that could make a car accident more serious than it already is.

What Do I Do if I Was Injured in an Accident Involving a Deployed Airbag?

If you were in a car accident in which an airbag deployed and you sustained cuts and lacerations that required stitches, you may be entitled to compensation. Our attorneys will be able to determine if your injuries were sustained as a result of a faulty Takata airbag. Contact us today for a free, no-obligation case evaluation to find out if your injuries could entitle you to compensation — regardless of who was at fault in the accident.