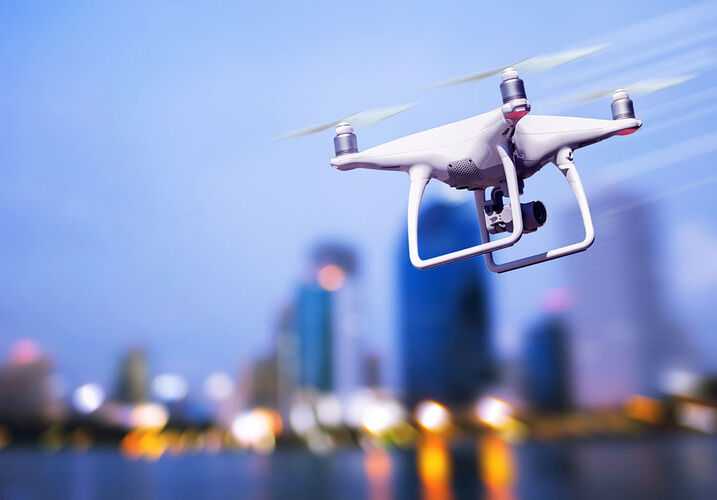 Florida recently signed into law legislation that will protect the privacy of its residents from unmanned drones. We’re not talking about the ones used by the military to carry out strategic air strikes; we’re talking about drones with on-board cameras that can invade the privacy of just about anyone at any time.

What Does the Law Say?

The “Freedom From Unwarranted Surveillance Act” states that private citizens and law enforcement officials cannot spy on anyone if there is no credible threat to warrant such action. The only instance where the law does not apply is when there is evidence of terrorist activity. Any terrorist threat must be determined by the Department of Homeland Security, and local law enforcement must be given permission to carry out surveillance on those occasions.

Florida is the first state to enact such legislation, but other states are considering it due to the increase in drone activity in the United States. According to an article= published by Bloomberg.com in May, 2015, California, and 43 other states are considering adding anti-drone laws to the books. Some states have reported conflicts alleging that individuals have flown unmanned drones outfitted with high-definition video cameras over sensitive areas such as beaches, swimming pools, and to peer into the windows of private residences.

The Popularity of Drones Is Increasing

Unmanned, remotely operated “aerial vehicles” have been popular with hobbyists for a long time. In the past, those vehicles were likely to be airplanes or helicopters flown by groups of enthusiasts at local parks or other open spaces. Recently, drones have become more popular with these hobbyists, and hobby shops have begun selling them to the general public. For about $1,000, anyone can purchase a drone, equip it with a camera, and fly it remotely from just about anywhere.

In addition to hobbyists, a number of U.S. companies have begun testing drones for commercial use. Construction companies propose using them to survey ongoing projects; power and gas companies want to use them to check the status of pipelines and other operations in order to troubleshoot repairs and ensure proper maintenance. Technology entrepreneurs have begun including drone use in business plans, predicting they will play a vital role in the future of commerce. Perhaps the most vocal proponent of drone use has been Amazon.com, which is testing drones to deliver small packages to customers living in close proximity to its warehouses. The company proposed using the unmanned vehicles to increase the speed of deliveries, and as a way to “green” deliveries of goods ordered online.

In the wrong hands, an unmanned drone equipped with a camera poses a real threat to privacy. Some individuals have been using drones to spy on unsuspecting people, and for other nefarious activities. Lawmakers are scrambling to find ways to protect the privacy of citizens who have come into contact with drones, but drone enthusiasts insist that people are “overreacting” to the threat. The technology has developed so quickly that even the Federal Aviation Administration (FAA) is struggling to find ways to keep drones out of the flight paths of commercial airplanes taking off and landing at airports. Moreover, it has proven challenging to curtail drones from hovering over private residences, and other locations where there is an expectation of privacy.

Privacy laws are evolving alongside technology, and many people are concerned about how to protect themselves from having their privacy invaded by unmanned drones.

The lawyers at Morgan & Morgan have extensive experience advocating for individuals who feel their privacy has been violated by the unauthorized actions of others. We can help you determine whether or not you have cause to seek compensation for violations to your privacy in your home, on your property, or in other locations where it has been compromised.