Drop Dead Exhausted: The Price of Fatigue at Work 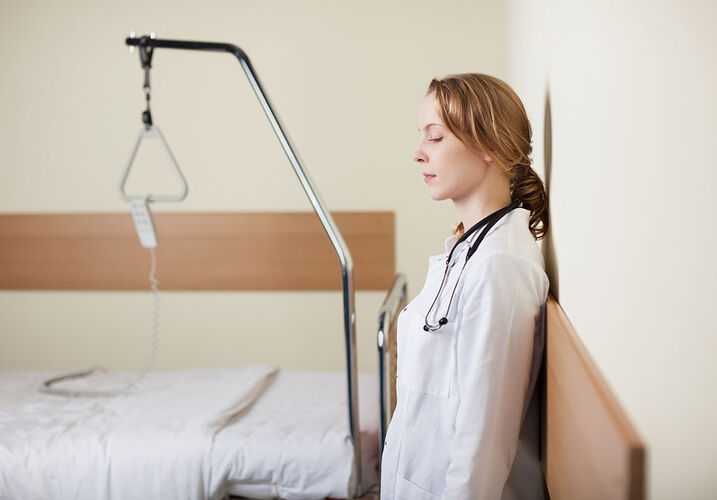 June is National Safety Month. This four-week event is observed annually to help people stay safe at home, at work, and on the road. In recognition of this month, we’ve put together weekly content to educate readers about major causes of accidents and injury. Last week, we discussed the dangers of slip and falls, and the importance of preventing them. Stay tuned next week to learn ways to protect yourself during an active shooter event.

Chernobyl. The BP Texas City Refinery explosion. The Metro-North Spuyten Duyvil train derailment. These catastrophic accidents} all have one thing in common: they were caused by a fatigued workforce.

These may be extreme examples, but make no mistake — accidents both big and small happen every day in workplaces as a result of exhaustion, and they’re taking a toll on our sleep-deprived nation.

The truth is in the numbers. The annual injury incidence rate per 100 workers is approximately 7.89 for workers who usually sleep less than five hours per day versus 2.27 for those who tend to sleep between seven and eight hours, according to the National Health Interview Survey.

Simply put, sleep and workplace safety are inextricably linked. And considering at least one in three adults isn’t getting enough sleep each night, according to the U.S. Centers for Disease and Control, fatigue is worth worrying about.

So today, in recognition of National Safety Month, we dive into fatigue in the workplace, how it hurts both businesses and workers, and what businesses can do to prevent fatigue-related accidents.

What’s Behind the Rise in Fatigue?

Grueling work hours, late night shifts, and a culture that is increasingly callous to the human need for sleep are all factors in the rise of fatigue-related workplace accidents.

Shift working is only becoming more common as the “9 to 5” business model changes to one more focused on globalization and 24-hour service. Because of this, millions of Americans are considered shift workers, according to the U.S. Bureau of Labor and Statistics.

Electronics also play a role in our nation’s exhaustion. Even when you’re in bed after a long day — or night — at work, it’s difficult to wind down and fall asleep with constant texts, emails, and alerts keeping your mind stimulated and awake. Worse yet, the blue light emitted by smartphones and other connected devices has been shown to suppress the production of melatonin and disrupt sleep cycles, according to the National Sleep Foundation.

When you look at all of these factors combined, it’s easy to see why our country has a serious exhaustion problem. But why is sleepiness such a danger in the workplace?

Tipsy or Sleepy? There May Not Be Much of a Difference

Workplaces have strict policies against drug and alcohol use for a reason. Being intoxicated dramatically increases one’s risk of accident and injury because depressants adversely affect a person’s hand-eye coordination, attention span, and general motor skills.

Many people do not realize that fatigue can have similar effects on the brain as alcohol use does. The effects of fatigue can include slower reaction time, decreased cognitive ability, and ultimately more errors on the job, according to a study published in the Journal of Occupational and Environmental Medicine.

This is comparison is most often drawn between drowsy driving and drunk driving accidents, but it doesn’t just end at the steering wheel. Many professionals fall victim to the dangers of sleep deprivation.

The news has been filled recently with stories of professional truck drivers falling asleep at the wheel, resulting in some tragic accidents. But truck driving isn’t the only profession that is suffering from America’s exhaustion epidemic. Doctors, nurses, pilots, police officers, commercial drivers, and customer service representatives are just a few professions within this large demographic of shift workers susceptible to exhaustion, according to the BLS.

The specific occupation groups identified as being most sleep deprived in a study by the National Institute for Occupational Safety and Health include:

The difficult hours that shift workers like the ones mentioned above and more must work through eventually leads to a disruption of their circadian rhythm. As the body’s internal clock, our circadian rhythm controls bodily functions like digestion, release of hormones, body temperature, alertness, and much more, according to the National Sleep Foundation.

This phenomenon, also known as “shift work disorder,” can have disastrous consequences for those with work responsibilities that require prolonged concentration and quick decision making, such as doctors, pilots, or police officers.

The effects of fatigue can include slower reaction time, decreased cognitive ability, and ultimately more errors on the job, according to a study published in the Journal of Occupational and Environmental Medicine.

Fatigue also disproportionately affects those who work more than one job. People who work multiple jobs get 40 minutes less sleep per day on average than those with only one job, according to the Center for Injury Epidemiology.

If 40 minutes doesn’t sound like much, consider this loss of sleep over the span of months and even years — these minutes can add up and lead to a breaking point in the form of a workplace accident and injury.

The Cost of Fatigue

The toll of fatigue on the lives of the men and women who work these difficult shift jobs and late hours is obvious. But many businesses fail to realize that exhaustion, and the accidents that result from them, have a significant financial cost as well.

Worker fatigue is linked to higher operating costs due to increased injury and illness cost, time off the job due to illness, increased workers’ compensation costs, and lost productivity, according to OSHA. And the price tag of all this lost time isn’t cheap. Fatigue- and health-related lost productivity costs our nation’s employers an estimated $136.4 billion each year.

Clearly, it’s in every employer’s best interest to reduce these costs, and there are definite steps that businesses can take to help their workers to stay awake and fresh.

Tackling Fatigue One Shift at a Time

Although employers may not be able to do away with long and late-night shifts, there are actions businesses should take to promote a healthy and alert workplace.

A report by nonprofit research organization RAND Corp. analyzed the lack of sleep in American workplaces and recommended the following suggestions to employers:

The American College of Occupational and Environmental Medicine recommended a number of risk management measuresto mitigate fatigue, including:

Of course, even with all of these risk management systems in place, fatigue can still occur. That’s why the ACOEM also advises employers to take an active role in spotting fatigue before it becomes a dangerous issue. Supervisors should be on the look-out for signs of excess exhaustion, such as yawning, head dropping, or difficulty concentrating.

Wellness in the workplace may take effort and resources on behalf of employers, but when you look at the cost of overlooking fatigue in the workplace — an estimated $136.4 billion each year, not to mention the lives of workers — it becomes clear that exhaustion is too expensive a problem to ignore.

Injured? We Can Help

Unfortunately, employers have not readily addressed the exhaustion epidemic plaguing our country, and fatigue-fueled accidents continue to occur.

If you were involved in an accident while at your workplace, you may be entitled to workers’ compensation., even if you think your fatigue was to blame for the accident.