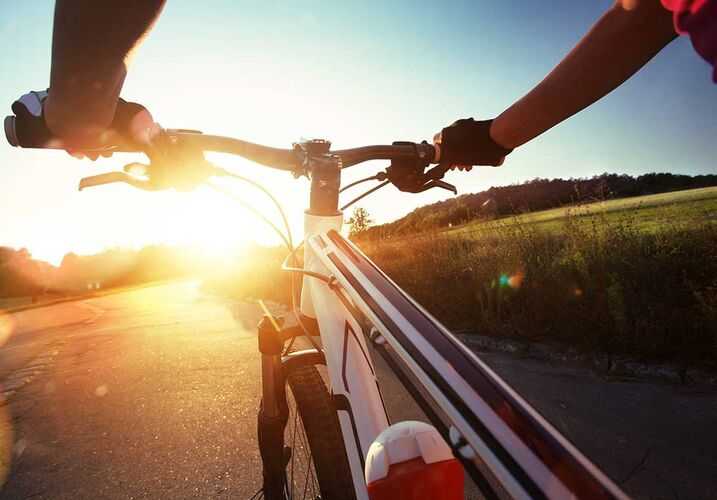 Florida’s famous warm weather allows for a healthy biking season year-round, especially in the Gulf of Mexico city of Naples. But a recent accident in the popular dolphin-spotting town casts doubt on how extensive and safe bike lanes are throughout the city and whether the city needs to further educate its cyclists.

While Naples is a city fewer than 14 square miles, it boasts over 30 miles of bicycle pathways. So it came as a shock when earlier this week, 35-year-old cyclist Wayne Gray, who was intoxicated and not using bike lights, veered into traffic from the paved shoulder. He was struck by a car on the busy U.S. 41, just west of St Andrews Boulevard, according to Naples Daily News. He was taken to Lee Memorial Hospital with critical injuries.

Naples strives to make the city a safe place for bikers by working with community groups such as the Naples Pathways Coalition. Founded in 2002 by local residents, the coalition has since worked alongside the city government to advocate, plan, and implement safer pathways for cyclists, walkers, and runners alike. But the implementation of bike lanes might only address one part of the problem. Cyclist behavior also contributes to collisions like the one that injured Wayne Gray.

Only about 30 percent of bicycle injuries involve collisions with vehicles nationwide, according to the city’s government page. In 70 percent of the police-reported bike and vehicle crashes, cyclists who were involved in the crash violated traffic rules.

Nonprofit organization Bike Florida was formed in 1994 to help promote public awareness and educate cyclists in Florida. Their fundraiser tours take them throughout the state while supporting and coordinating with local law enforcements on the Share the Road campaign. Bike Florida also works with the Florida Traffic and Bicycle Safety Education Program, which provides all the rules of the roads for both cyclists and pedestrians.

In addition to Bike Florida’s work, the NPC also played an instrumental part in promoting cyclist safety in Naples by achieving the redirection of the Florida Department of Transportation funds. They secured pathway box funds of $2 million per year, a substantial increase from $500,000. With the money, the city was able to put together a comprehensive plan that would construct over 500 miles of new sidewalks, bike lanes, and greenways.

Councilwoman Penny Taylor was not among those who supported the plan. “The bike plan is too aggressive,” she told Naples Daily News. “It will carve up our downtown, it will scar it. It will kill the goose that laid the golden egg.”

But there has been nothing but success since improvements began. The city painted sharrow symbols on roads that are too narrow for bike lanes to be installed, forcing drivers to share the road and installed 3 Feet to Pass signs on busy streets. The rule requires that cars traveling at certain speeds leave three feet between their vehicle and the cyclist.

Currently, the Naples Streets and Stormwater department are installing new 20-foot long green thermoplastic bike lane panels at the intersection with bike lanes. The environmentally friendly markings are engineered for use in heavy traffic areas that are subjected to vehicular and bicycle traffic and are estimated to last eight times longer than regular paint.

Naples has done a lot to create a safe infrastructure for cyclists, but Naples’s various community groups will continue to push for greater cyclist education and more protected greenways and bike lanes to prevent accidents in the future.

It is important that despite the extensive bike lanes that run throughout Naples, cyclists should always obey traffic and bike laws and keep watch for vehicles. Accidents may still occur and should you find yourself in this situation, visit our car accidents page to learn what a lawyer can do for you.