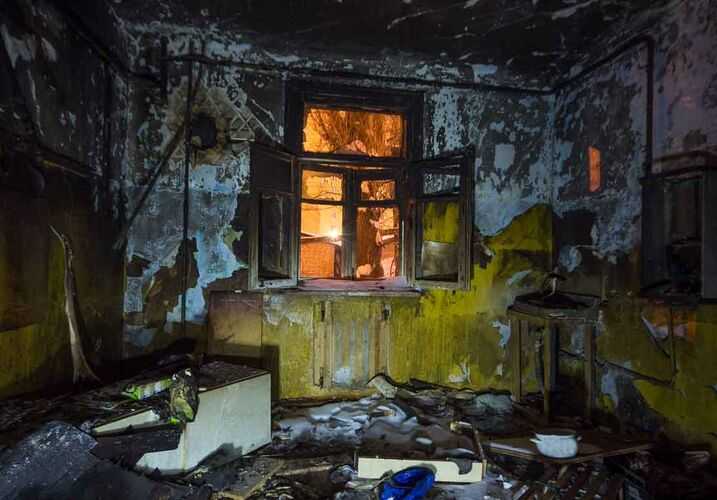 12 people were in the home when the fire broke out and trapped the grandmother and boys on the second floor, according to NBC-affiliate Local 4. A four-year-old boy also suffered critical injuries, and is still in the hospital.

Horrible update: The twin boys that died in this fire are only 3 years old. Grandmother is in late 40's. #local4 pic.twitter.com/r2nGbeThOl

The grandmother was particularly loved in the neighborhood.

“The grandmother of the neighborhood,” neighbor Dominique Perkins told Local 4. “She would feed you. She would clothe you. She would pray for you. Anything you needed, she would do it.”

Cooking materials are the leading cause of home fire injuries, according to the National Fire Protection Association. Making sure your family prepares for a fire and understands what can cause one is critical to ensuring your safety.

But cities and states enact ordinances on their own, meaning landlords must meet different requirements for each one.

Larger cities like Detroit frequently have more fire safety requirements than rural areas, with special attention usually paid to fire alarms, escape routes, and apartment maintenance. But each one is different.

Atlanta has relatively stringent fire safety regulations. High-rise apartment buildings must come equipped with sprinkler systems, fire smoke detectors and alarms, and a suite of smoke control mechanisms. Normal dwellings require smoke detectors on every level of each dwelling, dedicated means of entry and exit, and appropriate ventilation and lighting.

Ultimately, landlords have many responsibilities to their tenants. Safety is a primary concern for residents, and many cities institute comprehensive fire safety measures to ensure resident protection. Landlords often must also maintain their property, fixing firestarters like frayed wires or faulty appliances.

If you believe your landlord isn’t meeting code requirements, contact your local fire authorities. If you suffered an injury or lost your home in a fire and you suspect a negligent landlord, our team of knowledgeable fire attorneys may be able to assist you, even if you think the fire was your fault.

With the fire eliminated, investigators are searching for clues to how the tragic blaze began. Fire investigators removed a stove for further inspection, according to Local 4.

Feature photo not of the home fire described.