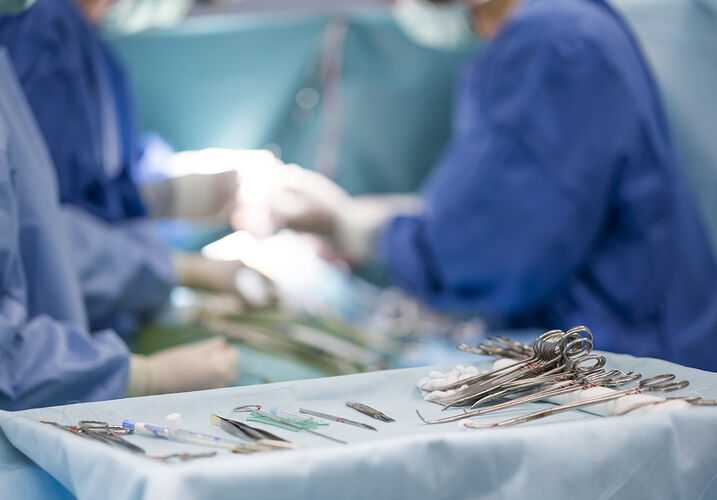 You trusted your doctor. You put your faith in the nursing home taking care of your elderly family member. You put your life in the hands of the company who made the medical device you need. But what if they violate that trust? Usually, you’re able to get justice — to hold these people and companies accountable for breaking your trust. But now, Congress could make it easier for them to get away with it.

Proving medical malpractice is already difficult, and those who do suffer injuries as a result of a health care provider’s mistake rarely receive apologies{:target="_blank"} or acknowledgement for the harm done to them. That’s why going to trial after a medical errors takes place is so important. But one proposed bill would make it even harder for the victims of medical errors to get justice.

The Protecting Access to Care Act of 2017 (formally known as H.R. 1215) is one of the many supplemental bills proposed in the American Health Care Act, the GOP healthcare reform that aims to repeal and replace the Affordable Care Act.

The bill — which was passed by the House but still needs Senate approval — would place a hard cap on “non-economic” damages{:target="_blank"}, according to a report by NPR. Non-economic damages cover losses that are not easily quantifiable in dollar amounts, such as trauma or disfigurement.

The bill has its share of bipartisan dissenters, but there are some who claim it’s necessary to keep medical costs down for everyone. The belief that “defensive medicine” is behind rising health care spending is a common one, despite studies showing that medical liability costs make up just 2.5 percent{:target="_blank"} of all health care spending.

The next few weeks will be crucial in determining whether this attack on justice lives or dies in Senate. So today, we look at how this bill could impact people like you and me should it pass, the importance of non-economic damages, and most importantly — how can concerned citizens stop the bill?

What are Non-Economic Damages? Why Do They Matter?

Non-economic damages cover any losses that can’t be represented by tangible dollar amounts. Your health, happiness, and well-being are the focus of non-economic damages, and they cover losses including trauma, pain and suffering, loss of life’s enjoyment, loss of companionship, paralysis, loss of limb, disfigurement, permanent disability, and more.

Contrast that with “economic damages,” which cover things such as loss of future earnings, cost of repair or replacement of damaged property, and medical bills.

The law proposes a $250,000 cap that would put a limit on compensation for non-economic losses, because supporters of the bill believe these types of medical malpractice awards are associated with “frivolous lawsuits.”

But are these losses really “frivolous?”

Some losses, like medical bills, are easier to put a dollar amount than others, but that doesn’t diminish the severity of injuries like loss of companionship or disfigurement. After all, could you put a strict price tag on a lost limb, or no longer being able to see? Would $250,000 be enough?

Why Award Caps Can Be Harmful: One Man’s Story

The proposed cap on non-economic damages would have real, frightening consequences for those grievously injured by medical errors — like Steven Haines.

Haines, who suffered pain in his right testicle for fifteen years, sought treatment from his doctor. After an ultrasound revealed the affected testicle had atrophied, the doctor recommended Haine have the testicle surgically removed to alleviate his pain.

This type of error, known as a “wrong-site, wrong-procedure, wrong-patient error,” is considered such a rare and frightening type of medical malpractice that it is classified as a “never event” — or errors that should never occur and indicate major underlying safety problems with a medical provider or facility.

The surgeon was found negligent for failing to take the steps needed to confirm he was operating on the proper testicle. As a result, Haines still suffers from pain from his atrophied right testicle, and if he had it removed, he would have to seek lifelong testosterone replacement therapy. He is fearful to try other forms of treatment for his pain as a result of the traumatic experience he had previously.

A jury awarded Haines $870,000 for his pain and suffering. But if these proposed caps were in place during the time of Haine’s trial, he would be woefully undercompensated for the serious harm done to him and its devastating effects on his ability to live a full and happy life. His state of Pennsylvania doesn’t have a cap on non-economic damages, so the proposed federal $250,000 cap would apply.

Be Concerned: Medical Errors Can Happen to Anyone

This bill doesn’t just affect people with medical conditions like Haines — it has the potential to change your life and the life of your family, if it passes. After all, every person will require medical care sometime in their life, so patient safety is something we should all be concerned about.

And there are major signs that patient safety is becoming increasingly at-risk. Medical errors are now the third-leading cause of death in our country, according to a study by researchers at Johns Hopkins Medicine, surpassed only by heart disease and cancer.

Behind these errors are shockingly simple root causes. Most errors can be attributed to communication problems{:target="_blank"} among members of a health care team, poor flow of documentation such as test results and medical information between professionals, and inadequate staffing, policies and procedures, according to a report by the U.S. Department of Health & Human Service’s Agency for Healthcare Research and Quality.

These are common errors that can be prevented, and they are killing millions in the U.S. each year.

Simply put, no one can be completely confident that they won’t deal with medical malpractice at some point in the future when medical errors are this prevalent. And if you are the victim of an error, will you be hindered or helped in your fight for justice? The passing of H.R. 1215 could tip the scales in favor of the hospitals and insurance companies.

H.R. 1215 has the support of many in government, but that doesn’t mean its passing is inevitable.

Although the House passed the bill, you have the power to potentially stop its Senate counterpart — all it takes is your voice. Contact your elected officials to tell them to protect patients by voting “NO” on this bill.

Reach out to Congress by making a simple phone call or sending a sample letter.

By taking action today, you can help to protect the lives of your family and your community tomorrow.

You don’t need to be a rock star to get rock star treatment from your law firm. But even if you’re an actual rock star, we’ll fight for you, too. Morgan & Morgan is proud to represent former…