Beyond the Docket: The Monsanto Glyphosate Cancer Lawsuit 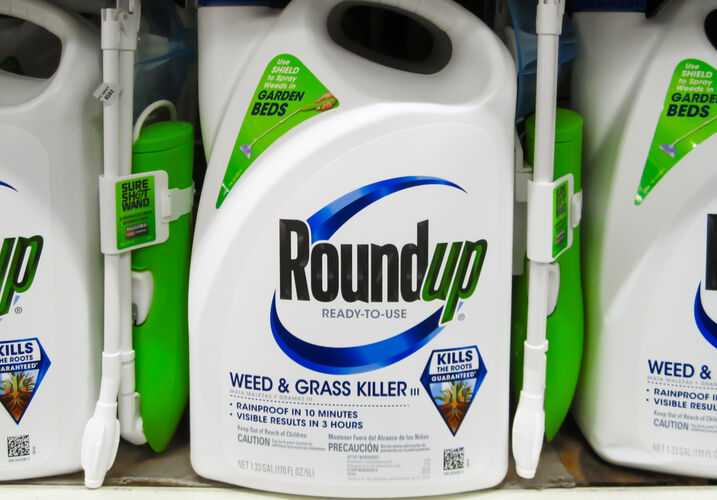 Roundup cancer lawsuits are full of legally complex questions, expert opinions, and procedural battles between opposing attorneys. But above all, these cases are about people and the immense ordeal they claim to have suffered as a result of Monsanto’s top-selling weed killer.

It’s easy to get caught up in multimillion-dollar verdicts and upcoming trials while losing sight of the individuals behind them. Non-Hodgkin lymphoma, which has been linked to the chemical glyphosate in Roundup, is a horrific disease that fundamentally changes a person’s life. There’s a reason why juries have awarded Roundup plaintiffs large damage awards:  They heard their evidence at trial and found that Monsanto deserved to be punished. Bayer’s massive PR machine can rig science, target activists, and corrupt government oversight, but it cannot stop everyday people from telling their stories and obtaining justice.

Monsanto May Be Delaying Next Trial to Thwart Negative Publicity

The fourth scheduled Roundup lawsuit has been pushed back from August to January. Opinions are divided about whether St. Louis, the birthplace of Monsanto, would provide the defense with a home-court advantage. The city, however, is known to be plaintiff-friendly. Juries there have delivered some huge verdicts against corporations over the years.

Sharlean Gordon, like thousands of other plaintiffs, claims that her non-Hodgkin lymphoma was caused by Roundup. Gordon used the herbicide on her property for more than 15 years. Her stepfather, who died of cancer, also used Roundup at the family home in South Pekin, Illinois.

Gordon was diagnosed with non-Hodgkin lymphoma in 2006, according to her lawsuit. Some speculate that Bayer — which last year acquired Monsanto along with its legal liabilities — may settle Gordon’s case to avoid damaging testimony. What we already know about her case tells a tale of tremendous suffering.

Gordon, 52, a mother of two, suffers from B-cell and follicular lymphoma that has spread throughout her body. She’s completed multiple rounds of unsuccessful cancer therapy, undergone stem cell transplants, and spent a year in a nursing home at one point during her treatment. She’s reportedly so debilitated that she struggles with mobility. Recently, she suffered a setback when she was diagnosed with myelodysplastic syndrome (MDS), a type of bone marrow cancer.

Her attorney said, “She’s been through hell. She’s horribly injured. The human toll here is tremendous. I think Sharlean is really going to put a face on what Monsanto’s done to people.” He added that the evidence against Monsanto is “the most outrageous I’ve seen in my 30 years of doing this.”

Most of the 18,000-plus Roundup lawsuits involve farmers, gardeners, landscapers, and others who used the herbicide at home or on the job. But among the newest plaintiffs taking on Monsanto are children suffering from cancer.

One of them is a 12-year-old boy named Jake Bellah, who was diagnosed with non-Hodgkin lymphoma. Jake’s lawyers contend his lymphoma was caused by Roundup that he encountered while playing in his family’s yard around the garden, where his father often sprayed the weed killer. Jake has been hospitalized and treated with chemotherapy; his cancer is currently in remission. Jake’s lawyers argue that his trial should be expedited under California law due to his age.

A second child Roundup cancer case involves a young girl identified as G.B. Bargas. Her father, mother, and brother filed a lawsuit on behalf of G.B., claiming she was diagnosed with non-Hodgkin lymphoma as a result of Roundup exposure. In addition to Monsanto, the suit names the stores where the family purchased glyphosate-containing products. The family claims that it developed “severe emotional distress and mental anguish” from witnessing the girl deal with cancer.

What Goes Into a Jury Award?

Juries have handed out three eye-popping Roundup verdicts worth $289 million to San Francisco resident Dewayne Johnson, $80 million to Californian Edwin Hardeman, and $2.05 billion to California couple Alva and Alberta Pilliod. These massive decisions do not look excessive when placed in the context of the plaintiffs’ and their families’ suffering. Consider the following testimony:

“Mr. Johnson … he’s at night crying to himself so his children don’t see that he’s afraid — that he's afraid to get into a pool because he's afraid people will see his cancer and not want to get in the pool after him. That he can't wear clothes that rub his skin because the lesions are so painful. That he can't sleep at night. That he gets chemotherapy time after time after time again. It's so bad, he can't even leave his bedroom for days at a time, and while this is happening, while he’s fighting this fight, his wife is working 14 hours a day, two jobs, to just pay the bills.” (From closing statements in Johnson v. Monsanto)

“Pilliod's life has fundamentally changed since she was diagnosed with cancer. As you know, she had a tumor appear twice in her brain. And as we know, that brain tumor caused permanent brain damage. It has fundamentally affected the very way she lives her life. She cannot walk without help. She's constantly dizzy. She lives her life forgetting things, falling over all the time. She has depression, probably associated with her brain damage. And frankly, there's a high probability that her cancer will come back, particularly if she ever stops taking chemo drugs. Chemo drugs have pretty serious side effects, and she has to take them for the rest of her life.” (From closing statements in Pilliod v. Monsanto)

“That bone pain that Mr. Hardeman experienced where they talked about — it's like electric waves going through his body. Mrs. Hardeman said they had to carry a bucket in the car from all of his vomiting. It's the chemo brain that he went through where he's forgetting things — the confusion, his loss of appetite, the swelling. And then his white blood cells, the count dropping and dropping, where he had to get daily shots seven days in a row, and that's what caused the bone pain. And then him losing his hair. The fatigue, the loss of strength. He's in remission, but he has that anxiety coming up before that scan as to whether this is going to be the scan that they come back and say, ‘Mr. Hardeman, I'm sorry to tell you, but your cancer is back.’ And he has to live with that. He has to live with that for the rest of his life.” (From closing statements in Hardeman v. Monsanto)

Our legal team is on the front line of holding Monsanto accountable. Members of our legal team, including famed environmental attorney Robert F. Kennedy Jr., represented Johnson in his multimillion-dollar Roundup victory. If you or a loved one were diagnosed with non-Hodgkin’s lymphoma because of exposure to Roundup Weed Killer, we have the experience to hold Monsanto responsible to help you recover compensation.

Contact us today for a free, no-obligation case review. There are never any costs unless we win a jury award or settlement.