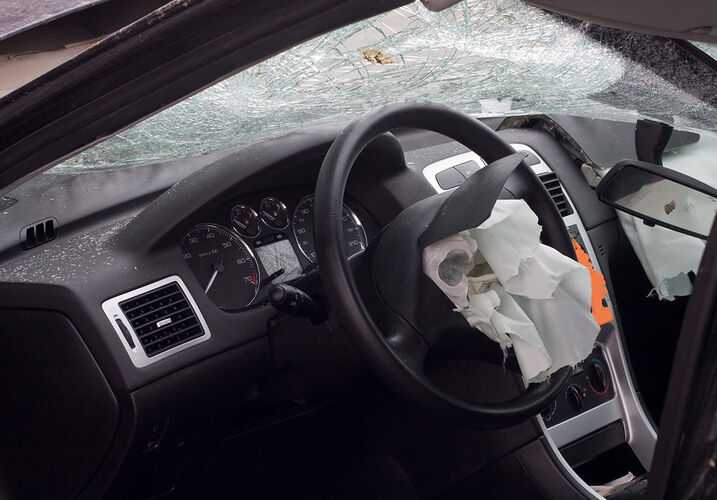 Takata’s defective airbags have turned into the largest auto recall in history, a fact which has had a reportedly pronounced impact on the company’s bottom line. However, the National Highway Traffic and Safety Administration head on Nov. 2 offered reassurances that the auto parts maker’s situation won’t leave drivers high and dry, according to a Reuters report.

Responding to concerns that Takata could file bankruptcy and thereby shirk its obligation to repair millions of recalled and potentially dangerous airbags, NHTSA head Dr. Mark Rosekind told reporters that the “ultimate responsibility” to fix the vehicles was with automakers, not Takata.

He also said that the agency had ”several layers of protection” to ensure the vehicles are fixed, regardless of what happens to Takata, according to Reuters. Takata’s airbags are behind the deaths of 16 people who were cut with metal shrapnel when the devices deployed — sometimes even in minor crashes.

Our firm is filing lawsuits on behalf of drivers of Honda and other cars who were harmed by shrapnel ejected when their Takata airbags were deployed. Many victims do not realize that their cuts and laceration injuries — which required the metal to be removed before getting stitches — were actually caused by Takata’s defective airbags, not their accident. If you or someone you know was involved in a car accident in which the airbags were deployed that caused such injuries, please contact us today for a free, no-risk consultation to see if you have a claim.

Airbags That Often Do More Harm Than the Accident Itself

Takata is currently seeking a buyer to try and emerge from a scandal that has affected the entire world's auto industry, killed 16 people, and injured hundreds more. The entire problem stems from a design flaw in the airbags that causes them to inflate with too much force. When these airbags are deployed during an accident, they spray metal shrapnel all over the occupants of the vehicle. Sometimes, the occupants might not even realize it was their airbag, and not the accident itself, that caused them to have to get metal removed from their bodies.

In response, NHTSA imposed a record civil penalty of $200 million on Takata, and forced the airbag manufacturer to phase out its dangerous airbags and replace those that were already installed in vehicles.

Millions of airbags have already been replaced in the U.S., but it is still just a small percentage of all the airbags that require repairs. To compound the issue, 300,000 of those airbags are among the most dangerous because of their age and the warm climates they are driven in.

In October, Senators Edward Markey, D–Massachusetts, and Richard Blumenthal, D – Connecticut, expressed concern about what would happen to the consumers who owned the 70 million defective airbags if Takata was sold or declared bankruptcy.

“We remain extremely concerned that in the event of Takata’s bankruptcy or significant restructuring, it could be consumers who are left with the costs of repairing their defective vehicles,” the Senators wrote in a letter they sent to NHTSA.

Rosekind’s message to reporters in Detroit was that it would be auto makers, and not Takata, who would ultimately have to step up the plate and fix the airbags in their cars.

The situation is so urgent that Rosekind said that replacing the defective airbags could require knocking on doors or dispatching mobile repair teams to fix vehicles.

That doesn’t need to be the case though, as people can search for themselves whether or not their car has been recalled. By visiting safercar.gov, people can search their vehicle’s identification number (VIN) and find out if a recall was issued.

If a recall was issued, do not wait to contact the dealership because some of the unrepaired airbags are ticking time bombs.

What If Takata’s Airbags Cut You and You Didn’t Even Know It?

Owners of vehicles equipped with a Takata airbag who were cut in car accidents may not even realize their injuries were the result of their airbag’s deployment – and not the accident. A medical professional might have had to remove the metal shrapnel from your body before stitching up your cuts, and at the time you might have never considered that your airbag could be the cause.

If you or someone you know was injured in a car accident in which the airbags were deployed and left you with shards of metal lodged in your body that needed to be removed, please contact us today for a free, no-risk consultation to see if you have a claim.