Atlanta Drivers: These Are Highways to Watch Out For 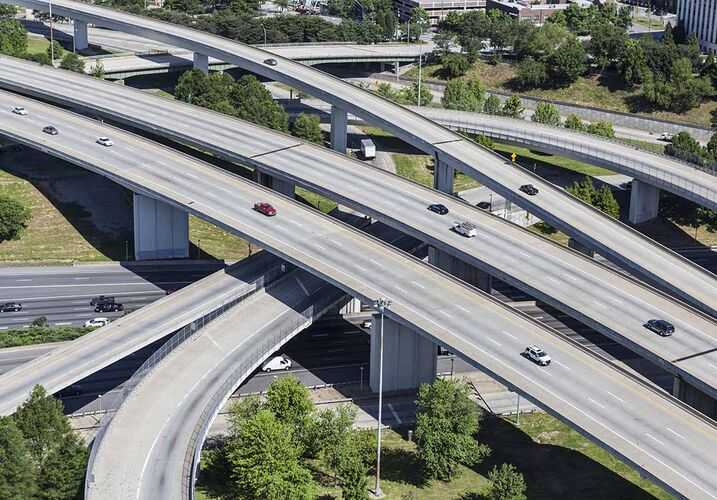 As the year comes to a close, Georgia will set a new record for most roadway fatalities in the state’s history. In 2016 so far there have been 1,262 fatalities, which is 63 more deaths than last year, according to NBC 11. This brings up a big question: What are these deadly highways and what is the Georgia Department of Transportation doing to make these roads less dangerous?

Tractor trailers have been a key factor in this rise of fatalities — they were involved in 10 percent of the deaths that occurred last year. This is because tractor trailers sometimes must quickly pull out in front of other trucks, according to the Federal Motor Carrier Safety Administration. These trucks cannot slow down in time, due to lack of space in front of them, which can lead to an accident.

However, tractor trailers aren’t the only vehicles involved in these fatalities. Single-car accidents accounted for 55 percent of the fatal crashes, according to NBC 11. “The accidents and fatalities we see on our roadways correlate with distracted driving and a lot more traffic,” Natalie Dale, GDOT spokesperson, told NBC.

Atlantans with children in their vehicles may feel anxious when driving on these roads. Therefore, it’s important to know what the most dangerous highways are and what’s being done to make them a safer cruise.

The I-285 highway is a 64-mile road that loops around Atlanta and was the site of 20 fatalities last year, according to 11Alive. In 2013, the interstate was deemed the most dangerous in the country because studies showed that I-285 had more fatal accidents per mile than any other interstate.

2016 has not been a better year for this road as several fatalities occurred, including a crash in August, between a tanker and a car that resulted in one death.

This might seem frightening, especially since you and your family likely rely on I-285, it’s good to know that the GDOT is combating the high fatality rate on this road. GDOT has launched the Drive Alert Arrive Alive campaign to bring attention to what drivers can do to help make roads safer, by reducing distracted and impaired driving. GDOT is also re-surfacing and restriping the road in order to enhance safety.

Interstate-16 is a 166-mile long straight road that stretches from Savannah to Macon and is considered to be one of the deadliest interstates in Georgia, according to 11. In 2015, there were 28 fatalities on this road, but this year has seen several tragedies as well.

In June, five people were killed in a head-on crash, when a vehicle crossed the median and smashed into an oncoming car, according to WTOC News. This tragic accident was the third major crash on I-16 within the last year, with a total of 15 fatalities.

GDOT has announced several building projects to improve safety on I-16, including widening the road east toward Savannah. It also wants to redesign the interchange to help prevent accidents. Also, in late 2017, GDOT will spend $13.25 million to install 56 miles of median cable barriers in two counties to help with cross over collisions, according to the GDOT.

Interstate-75 stretches more than 300 miles and has significantly heavy traffic. This heavy traffic led to 61 fatal crashes last year with ten of those accidents involving tractor trailers, more than any other freeway in metro Atlanta, according to 11. In September, there was a fatal accident, in which a tractor trailer hit a car that came into its lane, according to WCRB.

In order to reduce these tractor trailer accidents, Steve Owings, the founder of Road Safe America, an organization that promotes road safety, is fighting for speed regulators to be installed on all tractor trailers. The federal government has been on record as considering this option.

I-85 travels northeast-southeast in Georgia and is 180 miles in length. The interstate had 27 fatalities last year, which is about one death for every 6.6 miles of road, according to NBC 11. In 2016, there has not been a reduction in fatal accidents on this roadway, because fatal crashes continue to occur.

In July, two people were killed in a crash on I-85, when a car lost control and swerved into the path of a tractor trailer, according to WSB. In August, there was also another accident due to a driver losing control of their vehicle, resulting in two fatalities, according to the Gainesville Times.

GDOT is continuing its work to make I-85 safer, such as widening barriers between express and general purpose lanes. It would also add 425 flex tube barriers to the I-85 south express lane at State Route 316, which would improve flow of traffic, according to the GDOT.

Interstate-20 is also a deadly road for drivers with 34 fatalities last year and seven of those accidents involving tractor trailers, according to 11Alive. The 201-mile road has seen even more tractor trailer accidents this year.

GDOT started a construction project for this road in April, resurfacing the eastbound and westbound lanes along 15 miles of the interstate between Sweetwater Creek and Hill Street. There will also be pavement restriping and sign upgrades to improve safety and flow on the road, according to the West Cobb Patch.

What Can Drivers Do to Stay Safe on These Dangerous Roads?

Those potentially dangerous roadways may fill you with anxiety, but there are several things you can do to stay safe. You should eliminate any distractions that may take your attention away from the road, such as phones and food.

You should also give yourself some space between your vehicle, and the car in front of you. A vehicle ahead of you may need to brake suddenly to avoid other cars or potholes in the road. Proper following distance allows for more time to make good, well-planned decisions, and affords you the opportunity to scan the sides of your vehicle, according to the FMCSA.

These five deadliest highways in Georgia did not earn their dangerous reputation overnight, and it will take time and a lot of effort to make roadways safer for drivers. However, accidents may still unexpectedly occur.

What if Something Does Happen?

If you or a loved one was hurt in a car accident due to the negligence of another driver, we may be able to help. Read more to learn how our car accident attorneys will fight with the insurance company on your behalf to get the compensation your family deserves. If you are ready to pursue a claim, fill out our free, no-risk case evaluation form today.