Asbestos Exposure at Work: Did It Cause Your Mesothelioma? 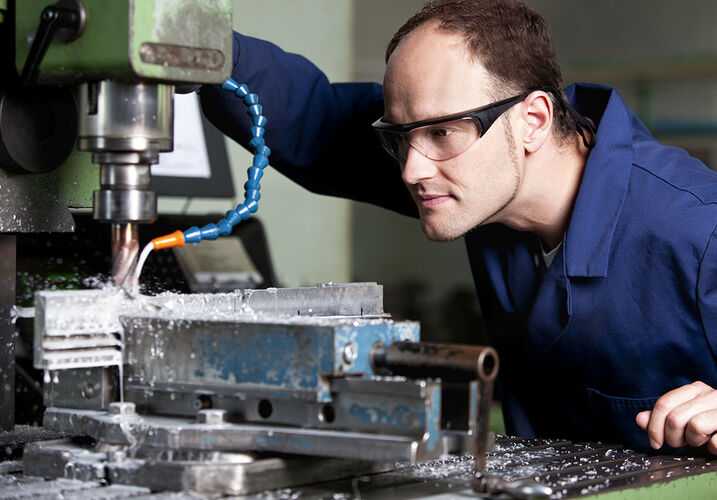 Asbestos, a durable mineral that until the mid-1970s was used in a variety of industries, has caused workers to contract the fatal disease mesothelioma long after those workers retire and are away from the material.

For decades, workers breathed the substance in while they worked with it, used a product that contained it, or were simply in a place that had particles of it floating around. Decades later, many of these workers were diagnosed with mesothelioma, a rare form of cancer tied to asbestos inhalation. Much more is known about the connection between asbestos and mesothelioma today, yet misconceptions about the disease remain.

Asbestos was used because of its fire retardant qualities, and was perfect for insulation in buildings, ships, and other products. The sheer number of industries that have seen workers get mesothelioma from exposure to asbestos is a testament to the material's erstwhile popularity.

The following is a list of industries that used asbestos heavily, and therefore put workers at a high risk of getting mesothelioma.

Two world wars, an arms race with the former Soviet Union, and an expansion of global trade caused an explosion in the shipbuilding industry beginning in the first half of the 20th Century. Until the mid 1970s, ships built all included asbestos – mainly for pipe insulation. While workers were fitting the asbestos insulation, it might have been trimmed or sanded down so it would properly fit. This would release the asbestos particles into the air for anyone around to inhale.

Once asbestos particles are released, anyone can breathe them. This means that people who didn’t directly work with asbestos were still exposed.

All branches of military used asbestos heavily until its ill effects were discovered in the mid-1970s. However, by then so many veterans were exposed that Veterans Affairs has set up a special program for veterans who are diagnosed with mesothelioma as a result of their exposure.

During the period when asbestos was heavily used, ships, airplanes, barracks, and tanks were all built with asbestos, exposing to the material many of the people who operated these machines. Some of these people even brought asbestos particles home with them, exposing others secondhand to asbestos.

Construction workers are among the most likely in any industry to have been exposed to asbestos due to the material’s extensive use in building trades. Most buildings built between 1920 and 1980 were likely constructed with asbestos located somewhere in the floors, walls, roof, insulation, pipes, and boilers, among other areas.This means workers in a variety of construction professions were exposed to asbestos at work. Flooring installers, roofers, plumbers, pipefitters, insulators, electricians, boilermakers, carpenters, plasterers, welders, cement and sheet metal workers were all at risk of asbestos exposure.

For their jobs, firefighters enter any building in which they are needed without hesitation. This means they are likely to enter older structures built with asbestos at some point in their careers. During a fire, asbestos particles can be released into the air. Although firefighters wear masks that will protect them from inhaling the asbestos during the fire, they could be exposed once the fire is put out. Although a firefighter may have thought the danger has passed, asbestos particles could still be lurking in the air once the fire is out.

Railroad workers could have been exposed to asbestos in a variety of ways. A steam engine propelled trains for decades, and the extremely hot pipes involved in powering the train were all insulated with asbestos. This continued once steam engines were replaced with diesel. Boxcars were also insulated with asbestos. However, even if a worker wasn’t exposed directly, the consistent work and repairs being done on the train left asbestos dust lying around for anyone to breathe in. Locomotive repair shop workers were exposed in a similar way while working on trains.

Whether in an industrial or textile plant, or a factory that made everyday products, workers of all kinds were routinely exposed to asbestos. In industrial plants, aside from the asbestos that insulated the pipes, walls, and blast furnaces, asbestos was even mixed into some of the products that industrial plants produced.

In textile mills, workers were directly exposed to asbestos when they used asbestos fibers in the very textiles they were making. This means they were literally working with the fibers that posed a threat to them. Similarly, factories across the country produced everyday products that were made with asbestos. At its height, asbestos was used in more than 3,000 - 5,000 products, posing a risk to consumers, as well as the engineers who developed the products and the factories that made them.

The above list of occupations features only some jobs in some industries with the highest risk of exposure to asbestos, and therefore a risk of workers getting mesothelioma. For a more complete list, and answers to any further questions regarding mesothelioma you might have, please visit our mesothelioma page for a free, no sign up required ebook download that answers all of the most frequently asked questions about mesothelioma.