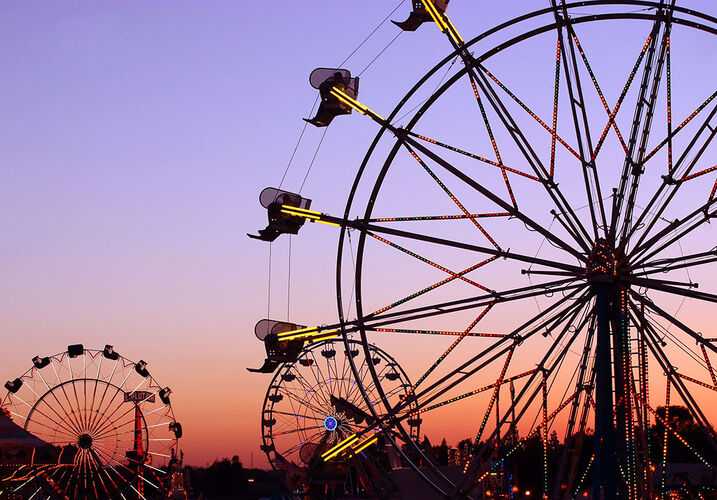 A deadly amusement park accident that killed four people in Australia has led Tampa's Busch Gardens to close their popular Congo River Rapids ride. This week’s tragic accident at Dreamworld, one of Australia’s premier theme parks, has shined a spotlight on the safety standards behind the thrilling rides found in our own country’s most popular parks.

On Oct. 25, Busch Gardens officials announced the closure of the Congo River Rapids ride, a ride similar to the deadly Thunder River Rapids flume in Australia’s Dreamworld park, citing an abundance of caution while they work with other park operators and manufacturers to “understand what happened in Australia.”

What Caused the Dreamworld Accident in Australia?

The shocking accident involved four people being ejected from the ride after their raft flipped over due to a malfunction. Two of the victims were caught inside of the machine. This was the first recorded fatality in [a series of accidents and ride malfunctions at the park])(/tampa/slip-and-fall-premises-liability-lawyers/) over the past two decades, according to the Brisbane Times. Just six months ago, a man fell from Dreamworld’s Rocky Hollow Log Ride and nearly drowned.

Members of the Australian Workers Union brought up safety concerns with the theme park’s maintenance as early as 18 months ago that appear to have gone ignored, according to an article by Australian Broadcasting Corporation News.

While the exact cause of the accident is still under investigation, an engineer with the Amusement Rides and Devices Australia Standard’s Committee believes the malfunction responsible for the Dreamworld accident was likely caused by a maintenance issue.

“My money would be on maintenance," David Eager explained in an Australian news report. "The ride costs millions of dollars but if you maintain them you should get at least 30 years life out. So you wouldn't think the age of it per se is a problem if Dreamworld does adequate maintenance, which I always thought they did.”

This accident happened in Australia — what kind of safety regulations are in place in our own country?

In the United States, amusement park rides are regulated on a state-by-state basis, not a federal basis, after Congress passed the “roller coaster loophole” in 1981, effectively cutting off the Consumer Product Safety Commission from overseeing theme park safety.

While some states require regular inspections from government agencies and investigations following accidents, in Florida, the three biggest amusement parks — Disney, Universal Studios, and Busch Gardens — are legally exempt from accident reports and investigations. Only small parks and carnivals are subject to government regulation by the Department of Agriculture. This lack of transparency can be troubling to families who want to know all of the facts before choosing their family’s next theme park destination.

What Can Families Do to Stay Safe?

Clearly, the information about the most dangerous rides at these major theme parks isn’t out there on an official basis. So how can families avoid accidents and discern the tell-tale signs of a ride that may be dangerous?

Even the safest rides can be dangerous for people who have certain health restrictions, according to the the International Association of Amusement Parks and Attractions. Health restrictions may include cardiovascular issues or pregnancy. Just last month, a 67-year-old man with a pre-existing heart condition died after riding Star Tours at Disney’s Hollywood Studios, according to the Orlando Sentinel.

Many rides have signs posted stating who can and cannot safely enjoy the ride, but if you are in doubt and have a health condition, skip the ride to be safe. Better yet, speak to your doctor before your planned theme park trip to get a medical opinion on which rides are safe for you.

Avoid Rides That Seem to Be Malfunctioning

Hours before the tragic accident at Dreamworld, multiple witness claim there were problems with the ride, and that engineers came to drain and refill the ride, according to reports by the Brisbane Times.

If you see a ride that does not appear to be functioning properly, was being repaired earlier in the day, or spot any wires, loose parts, and other suspicious wear and tear, do not go on the ride. If you see any unsafe behavior or condition on a ride, report it to a supervisor or manager immediately, advises IAAPA.

If Your Harness Isn’t Working, Speak Up

The most thrilling and death-defying rides rely on strong safety harnesses to keep passengers strapped in. If your harness seems loose, jiggly, or otherwise not quite right, speak up before the ride starts. Tell the ride operator immediately and then get off the ride.

Be Mindful of Loose Items

Be sure to also secure all loose items before you get on a ride, recommends IAAPA, such as long hair, scarves, wallets, sunglasses, cell phones, and hats. The items can fall and hurt other ride participants, or could even potentially get stuck in the machinery, posing serious risks of injury.

Ultimately, a lot of factors can be behind an amusement park accident, from the age and maintenance of the ride to the competence of the ride operators. If you or someone you love have suffered from an accident at a theme park, we may be able to help.