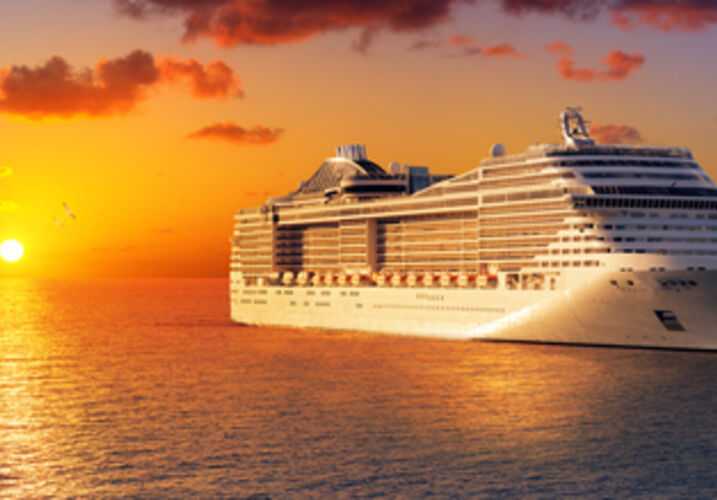 One woman died in a domestic dispute aboard one of Princess Cruises' ships off the coast of Alaska late Tuesday night, according to a report by the company this morning.

The 39-year-old Utah woman departed Seattle aboard the Emerald Princess on July 23 for a scenic seven-day cruise in Alaska. Around 9:00 p.m. last night, a dispute broke out ending in her death, according to Fox13. The cruise line responded and apprehended a suspect in the killing, a typical practice when a ship is underway.

“Since the incident, our fleet security team has been coordinating with the FBI and other local authorities,” Princess Cruises said in a statement issued today. “They will be embarking the ship when it arrives in Juneau this morning.”

Princess Cruises canceled the ship’s stop at Tracy Arm Fjord and went directly to Juneau to meet with investigators. The boat accident happened in national waters and falls under the FBI's jurisdiction, according to the organization.

A cruise ship’s owner and crew can’t prepare for the fallout of tragic circumstances like a domestic dispute, but keeping you safe from other danger is a different story.

Do Cruise Ships Have to Keep You Safe?

Yes. Cruise ship owners and crew are responsible for protecting you while onboard their ship. The law considers cruise lines common carriers, meaning they must exercise a “special duty” to keep their passengers safe, similar to a train or bus company.

Claims against cruise ships include:

A cruise ship is like a floating hotel in some ways. Its owners and operators have a responsibility to protect you from danger. But cruise ships, like airlines and other carriers, can be very demanding about their legal procedures. Extensive contract obligations like filing cases in a particular state — usually Florida — and requiring claimants to warn the cruise line they plan to file a lawsuit are just a few of the ways cruise ships try to limit their liability and catch you off guard.

Maritime employees like dockworkers, cruise ship staff, and others are also protected from injury under the Jones Act and other laws, and may be able to file a workers’ compensation or negligence claim.

For now, FBI investigators from Anchorage and Seattle boarded the Emerald Princess today and will investigate the incident.