After Chemo: What It's Like for Breast Cancer Patients to Live with Permanent Hair Loss 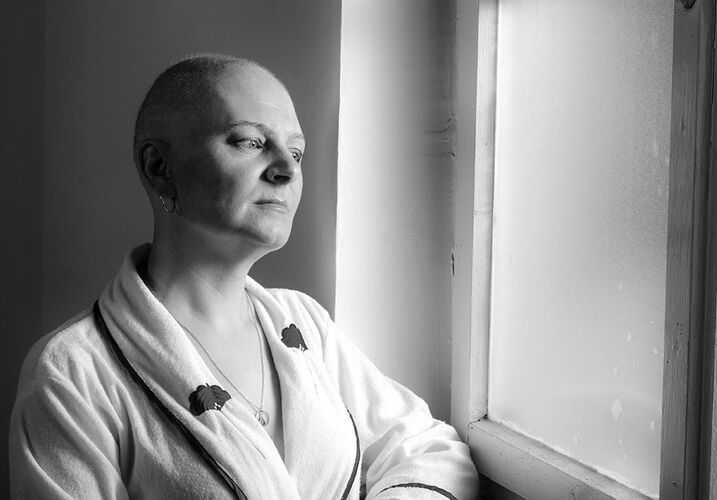 Defeating cancer is one of the most difficult and courageous things a person can do. The ultimate hope is that their life returns to normal, a process that includes regrowing hair. However, for some women the hair they lose during chemotherapy never returns and they begin a new fight – living with permanent hair loss.

The devastating effects of hair loss are sometimes viewed as a problem that strictly affects males, but 40 percent of people suffering from hair loss in the United States are women, according to the American Hair Loss Association. Permanent hair loss can have a devastating psychological effect on women, even more so if they also had cancer. Bald women are generally less accepted by society than their bald, male counterparts.

When women finish their chemotherapy treatment, they expect to regrow their hair. It’s something those who went through cancer look forward to. However, for some women, weeks, and then months go by with little or no hair regrowth, and it slowly becomes clear that their hair is not coming back. This is a devastating realization that can lead to a deep depression.

Femininity, sexuality, attractiveness, and personality are symbolically linked to a woman’s hair, according to a study researching the psychological impact of hair loss published in the British Medical Journal. When women lose their hair permanently, the study has found, they often struggle with their identity, which affected their self esteem. The study even found that some women felt losing their hair psychologically more difficult than the loss of a breast during breast cancer.

Anecdotes from women who have experienced permanent hair loss after cancer support the study’s findings. Ahead of Our Time, a support group for women who have permanently lost their hair after cancer, features stories of women who struggled with their identity once they found out their hair would never grow back. Many stories use words like “devastated” and “horrified” to describe how they felt once they found out about the “disfigurement” they must now live with.

Even more, women who are permanently bald are never able to really find closure after they survive cancer. Despite them being healthy, and having lived through a struggle most can’t even imagine, people continue to perceive them as sick because they look the same as when they had cancer. This constantly provides a reminder of their darkest days. However, despite difficult circumstances, many women have pushed ahead and forged a new identity for themselves, often with the help of other women who are living through the same condition.

What Can I Do If I Suffer From Permanent Hair Loss?

Unfortunately, women who suffer from permanent hair loss after cancer don’t have any treatment options for their hair to regrow. A support group is an excellent resource for women still coming to grips with this new reality. Similarly, women may want to investigate more about the cause of their permanent hair loss to better understand why it happened.

Although there are a variety of reasons for why women lose their hair permanently, there is only one known way women who defeated breast cancer permanently lose it. It was confirmed by the FDA in December 2015 that the the chemotherapy drug Taxotere caused permanent hair loss in breast cancer patients that took it as part of their chemotherapy treatment. However, Taxotere doesn’t just cause hair loss on the scalp, it causes alopecia universalis, a condition that causes hair loss all over the body.

If Taxotere caused your permanent hair loss, you may be able to take legal action against the drug's manufacturer, Sanofi-Aventis. The company was allegedly aware that their drug caused permanent hair loss in some patients, but never informed doctors or patients in the United States. At the same time Sanofi-Aventis aggressively marketed the drug, and even claimed it was better than its competitor despite no evidence to support that claim. If you would like to find out more about Taxotere, please visit our Taxotere information page for the most recent updates.