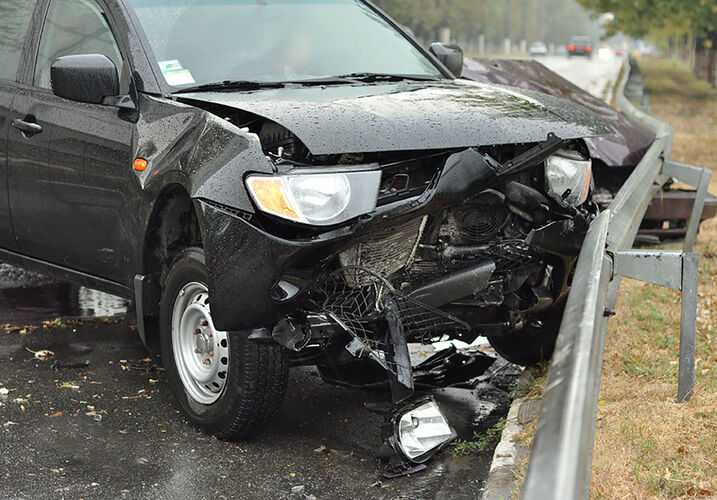 A UPS truck slammed into two other vehicles on Oct. 31 in North Carolina, seriously injuring one woman, WBTV reported. The incident occurred in the eastbound lane of I-40 in Burke County around mile marker 110 at around 5 p.m. According to the North Carolina Highway Patrol, the UPS truck slammed into traffic caused by a minor accident about two miles up the road near mile marker 112. The delivery truck collided with a pickup truck, causing it to spin. The UPS truck then swerved to the left and slammed into the back of a Honda sedan, pushing the vehicles to the guardrail in the median.

The woman who was driving the sedan was severely wounded in the crash. The UPS driver also went to the hospital to be checked out. The pickup driver was OK. Charges are pending in the incident, and the North Carolina Highway Patrol has released no further information on the matter. The area near the crash on I-40 was temporarily shut down as crews cleared the scene.

According to the Insurance Institute for Highway Safety, 4,102 people died in large-truck collisions in 2017. Such crashes account for 11% of all car accidents. If you are the victim of a large-truck motor vehicle collision, you may be facing hospital bills, lost days at work, and other unplanned expenses. Insurance companies are supposed to cover these costs but will often use complex legal maneuvers to avert their liability. With a competent attorney on your side, you can fight back against insurance companies that are reluctant to pay. At Morgan & Morgan, we have spent over 30 years defending people like you, and we will work tirelessly to get you the compensation you deserve. Fill out a free case evaluation to get started.