3 Most Important Laws Passed In New York This Year 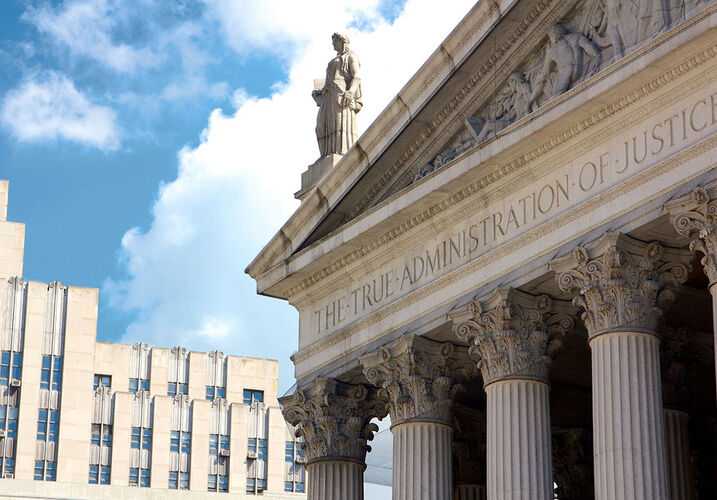 2016 has been a year for landmark legislation from lawmakers all over the country. New York City has benefited from many these rulings and there are several laws that could affect the lives of its citizens for the better. Here are three important laws passed in New York this year.

On Jan. 6, Mayor Bill de Blasio signed an executive order to increase the minimum wage to $15 for all City government employees and contracted workers at social service organizations, according to the New York Daily News. By the end of 2018, more than 50,000 employees will have their wages boosted to $15 an hour.

Among those getting raises were 20,000 unionized workers such as school crossing guards, city seasonal aids, and job training participants, according to the NYDN. The remaining 30,000 contract employees, including teacher aides and family and infant care workers, have received a significant boost to their $11.50 an hour pay.

Mayor de Blasio’s executive order guarantees that all employees will make $15 an hour by the end of 2018, regardless of whether their contract expires beforehand, according to the NYDN. The City will work with municipal unions and social service providers to sign letters of understanding that guarantee the increased wages.

“We know that nothing does more to lift up working families and move our economy forward than raising wages and the City is leading by example by doing just that for these 50,000 additional New Yorkers,” Mayor de Blasio said during the announcement.

On May 6, Mayor de Blasio signed a bill that focuses on stronger pregnancy protections for women in the workplace, according to NYC.gov. The bill defines violations of pregnancy protections under the NYC Human Rights Law, and provides clear examples of when and how employers should make accommodations for employees based on pregnancy.

Although NYC employers have been required to provide reasonable accommodations to pregnant employees since 2014, many pregnant workers are still denied basic accommodations, such as changes to bathroom breaks, according to NYC.gov. Also, several pregnant employees are unfairly passed up for promotions because of their pregnancy, which puts their careers and health at risk.

“This bill is about fairness, access, and health — no new mother should be unable to breastfeed because she can’t find a private space. This bill takes our city one step towards being a place where all women feel comfortable breastfeeding whenever they need to, wherever they need to,” Mayor de Blasio said in a statement.

On Jan. 7, Mayor de Blasio signed a personnel order to provide paid parental leave for 20,000 city employees, according to NYC.gov. The policy provides 100 percent of a worker’s salary for six weeks of paid time off for maternity, paternity, adoption, and foster care leave.

Employees can combine the six weeks of paid leave with existing leave, so they can take up to a maximum of 12 weeks, according to NYC.gov. The six weeks of leave must be taken with 24 weeks of an event such as birth, adoption, or foster care.

Studies have shown the positive effects of paid parental leave in helping to reduce employee turnover and ensuring that workers are able to return to work when ready, according to NYC.gov. The policy can help reduce infant mortality rates and improve a child's overall health.

“Paid parental leave means healthier and more financially stable families, more effective workplaces, and a stronger and more just city - which everyone can get behind,” said Mayor de Blasio at the bill signing.

These important laws of 2016 may help to improve a worker’s quality of life as well as their workplace environment. However, there still may be instances where an employer may use unfair or discriminatory practices against employees, such as denial of wages, leave, or accommodations.

If you or someone you loved may have been treated improperly by an employer, we can help. Read more to learn what our New York labor and employment lawyers can do for you. If you are ready to pursue a claim, fill out our free, no-risk case evaluation form today.