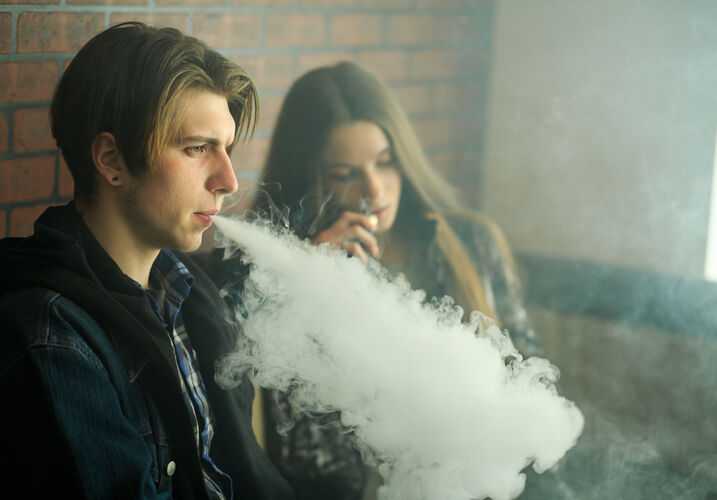 JUUL electronic cigarettes, also known as vaporizers, are one of the most successful personal electronics devices of recent times. They’re slickly designed, easy to use, and at the size of a USB stick, are easy to carry around.

This success has been amply rewarded. The product hit the market in 2015, and Juul Labs is now valued at more than $19 billion (as of May 2020). Cashing in on a sales pitch that promises to help cigarette smokers quit their dangerous habit, Juul seems to be nothing less than an American commercial and public health success story.

But there is more to Juul than meets the eye. Let’s dig our way past some common myths and find the truth.

Safe compared to what? Juul promises to help people quit regular cigarettes, and regular cigarettes are obviously incredibly dangerous. According to the 2014 U.S Surgeon General’s Health Consequences of Smoking fact sheet, nearly 20 million people have died in the United States since 1964 as a result of cigarette smoking, with more than 2.5 million of that number being non-smokers exposed to second-hand smoke. So getting rid of cigarettes is a worthy goal.

Unfortunately, Juul has some health demons of its own hiding in the closet. Starting at the top, Juul vaporizer pods (the cartridges of liquid that go into the vaporizer are turned into flavored vapor) are full of nicotine. Much more nicotine than other popular e-cigarettes. And nicotine itself is dangerous.

Nicotine is highly addictive, and that addiction in and of itself is damaging. It can negatively impact quality of life, and it can be very hard, painful, and expensive to quit. But nicotine is also harmful on its own. Nicotine can increase stress on the heart and cause artery damage. It can also cause a whole range of symptoms ranging from trouble sleeping to gastric distress.

Aside from nicotine, the effects of consuming the vaporized flavored oils from a Juul vaporizer are still not fully understood, but it may be very dangerous. Vaping has already been linked to a potentially life-threatening lung condition called “popcorn lung”.

So are Juul vapes safe? The evidence seems to be leaning towards “no.” And importantly, Juul did not warn their users about these potential dangers until recently.

Myth #2: Juul Is Legal And Government-Approved

Juul’s ubiquity has led many to believe that they must be considered safe to use by the people in charge, and have passed all the necessary regulatory hurdles. But this isn’t necessarily the case.

City, state, and federal health agencies and regulatory bodies' paid relatively little attention to e-cigarettes in the early years of their arrival and mass adoption. But In 2019, as the risks associated with vaporizer use started coming to light, a wave of legislation and regulation came crashing down from coast to coast and across the world on where and how Juul vaporizers could be sold, and what kind of products they could sell. Individual states have also passed legislation, including many that go further than federal rules.

And this may be just the start. As we learn more about how vaporizers work and what effect they have on the body, we could see rule changes that go a lot further. Juul did well to establish the reputation of their product in the minds of consumers as a safe, legal, and uncomplicated alternative to traditional cigarettes, but now we know better.

Myth #3 Juul Only Markets And Sells to Adults

If you go to Juul’s website, it won’t let you in unless you click the “I’m 18 years old” button; and all their current marketing material announces that their product is not for children. But walk into a high school yard or middle school playground and you’ll see a far different story.

Children and teens were some of the earliest and most enthusiastic adopters of Juul vaporizers – According to the FDA, more than 3.5 million children and teens used an e-cigarette in 2018 – and there is a lot of evidence that the company knew this and encouraged it. Whether by creating and selling vape pods with sweet and fruity flavors, advertising on channels frequented by teens, or even by sending a company representative into a high school classroom to convince teens that Juul is safe, it sure seems like Juul knew where their market was and how to maximize it

And it’s not as if these kids and teens are replacing regular cigarettes with vaporizers. Prior to the vaporizer revolution, youth smoking had hit an all-time low in this country. Instead, children and teens who start vaping are picking up an entirely new and dangerous habit that provides zero benefit.

Morgan & Morgan is fighting on behalf of those who used Juul vaporizers when they were under 18 years of age and have since become addicted to nicotine. These people have suffered health damage that could have been prevented, and they may have a legal claim for compensation from Juul.

If you or a loved one became addicted to nicotine after using Juul products while under 18, we want to fight for you too. You never pay anything up front, and only pay if we recover compensation on your behalf.