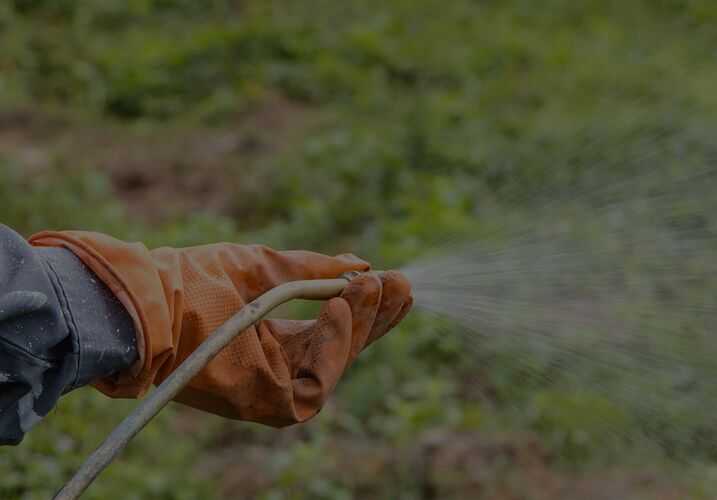 Dewayne “Lee” Johnson, a public-school groundskeeper from outside of San Francisco, used the ubiquitous weedkiller Roundup as part of his job and later developed non-Hodgkin lymphoma. In 2018, he ended up being the first person to win against Monsanto in the fight to hold the company accountable for allegedly knowing for years that Roundup was a carcinogen. One of his attorneys was Robert F. Kennedy, Jr., who helped secure a $289 million jury verdict for Johnson.

Though a trial judge later reduced the 46-year-old Johnson’s award to $78 million, the win represented a vindication for the more than 50,000 people who filed lawsuits against Monsanto (which behemoth Bayer AG bought in 2018). These lawsuits allege that the company has known for years that Roundup (AKA glyphosate), first sold in 1974, was dangerous but marketed it anyway.

The jury agreed with Kennedy and his legal team, finding that Monsanto “acted with malice” and either knew or should have known that Roundup was “dangerous.” Kennedy, who has been litigating cases against Monsanto for 35 years, said Monsanto had a duty to warn people about the potential dangers of Roundup and failed to do so.

“That’s what these cases are about: a failure to warn,” said Kennedy, Of Counsel at Morgan & Morgan. “[Monsanto was] out there aggressively telling consumers that this product is safe and that it can’t give you cancer; and that it’s not going to hurt you in any way.”

There are people who might have used it anyway, but took necessary precautions when applying it. There are others who might have said “I’d rather have the dandelions in my yard than have a carcinogenic chemical where my children and animals are playing,” Kennedy added

“Monsanto took the right to choose away from them,” Kennedy said.

Bayer/Monsanto is currently appealing the $78 million verdict, meanwhile Johnson’s attorneys have cross-appealed to get the $298 million verdict reinstated. As of April, a hearing was scheduled for June.

Glyphosate is now found in a range of popular American foods, including cereal, pasta, granola, snack bars, crackers, soda, cookies, and beer. Scientific evidence suggests that probable harm to human health could begin at glyphosate levels as low as 0.1 parts per billion (ppb). Many foods tested have glyphosate concentrations many times above this amount. Glyphosate has also been found in tap water. One study found glyphosate in the urine of 93% of Americans tested.

The $289 million verdict that Kennedy was involved in is not the only notable outcome for Roundup plaintiffs. In March 2019 a San Francisco jury awarded $80 million to Edwin Hardeman, who used Monsanto herbicides from 1986 to 2012 to treat poison oak, overgrowth, and weeds on his California property. He learned in 2015 that he had non-Hodgkin’s lymphoma. The jury ruled that Roundup was a “substantial factor” in causing Mr. Hardeman’s cancer. The trial judge later reduced the jury award to a total of $25 million.

And in May 2019, a third Roundup verdict against Monsanto was awarded to Alva and Alberta Pilliod. The $2 billion verdict was the largest so far, though a judge slashed it to $87 million. Mr. and Mrs. Pilliod used an estimated gallon of Roundup per week for more than three decades on their Northern California property. They were both diagnosed with non-Hodgkin’s lymphoma.

Morgan & Morgan continues to aggressively fight for people diagnosed with cancer after using Roundup. The firm's attorneys have decades of trial experience and don't give in to scare tactics.