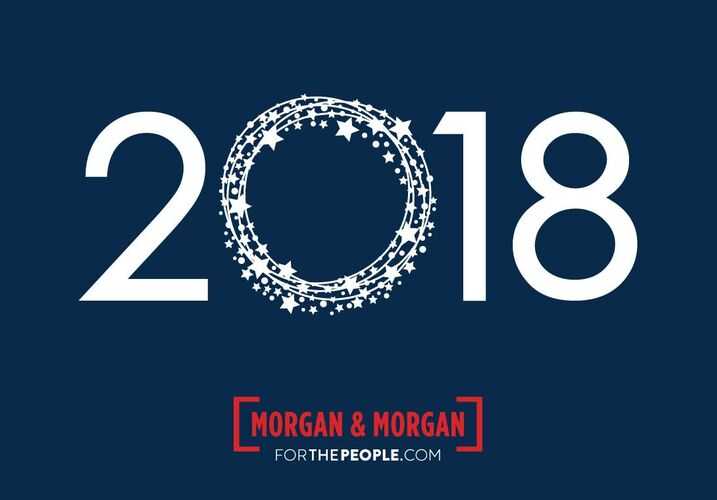 This year marked 30 years of Morgan & Morgan, and it may have been our biggest and best year yet. From representing people against some of the country’s largest companies in cases that grabbed national headlines, to efforts by each of our 50 offices to give back to their communities, Morgan & Morgan delivered “For the People” in a variety of ways this year.

Here’s a look at some of the work we're proudest of.

We recovered meaningful compensation for many of our clients in 2018, but one case that stands out involved a truck driver who was permanently injured in a crash on Interstate-20 in Mississippi.

Attorney Rocky Wilkins of our Jackson, MS office took on the case with the help of Paul Ott. Together, they recovered $3.5 million for their client, who sustained permanent injuries that left him wheelchair bound and unable to work. Prior to trial, the defense's best offer was just $220,000, far less than what it would cost for our client to get the medical treatment and assistance he needs for the remainder of his life.

When Disaster Struck, Floridians Turned To Us

Florida is our original home and we feel a special connection with Floridians, so we’re grateful that several chose us when their lives were upended by an unforeseen tragedy.

In March, Florida International University in Miami installed a new pedestrian bridge for students over a busy street near campus. During installation, the structure suddenly collapsed onto the roadway below, killing six and injuring nine others. In the aftermath, some victims reached out to Morgan & Morgan, and within a few days attorney Matt Morgan filed lawsuits on behalf of two victims against the companies involved in the bridge’s construction.

Later that year, in June, the Sand Blaster roller coaster at the Daytona Beach Boardwalk derailed. Thankfully no one was killed, but two passengers fell 34 feet before hitting the ground, and seven others were sent to the hospital. Several victims of the derailment contacted Morgan & Morgan. Attorney Matt Morgan is handling their case and fighting to hold the responsible parties accountable.

Finally, in August, when a lone gunman killed two and injured 10 at a video game tournament in Jacksonville, some of the victims turned to Morgan & Morgan for help. Not long after, attorneys Tim Moran and James Young filed a lawsuit against the event’s organizer, Electronic Arts, on behalf of one of the shooting victims. Later, Moran and Young were joined by attorney Jeffrey Humphries in filing a second lawsuit on behalf of another victim of the Aug. 26 mass shooting.

To expedite the legal process in large, nationwide lawsuits, cases are consolidated into a multidistrict litigation. Only a small percentage of attorneys are appointed to a Plaintiffs’ Executive Committee or a Plaintiffs’ Steering Committee to handle the case. When an attorney is appointed to such a committee, it’s a big deal.

Arguably the highest profile case in which a Morgan & Morgan attorney was named to a PEC or PSC was James Young’s appointment to the 16-member PEC in the nationwide opioid lawsuit. Young has filed lawsuits against opioid manufacturers on behalf of the Commonwealth of Kentucky and 17 local governments in West Virginia, one of the areas in the country most affected by the opioid crisis.

When Their Homes Exploded, We Were There For Merrimack Valley Residents

In September, sudden explosions forced thousands of residents in three towns north of Boston to quickly evacuate their homes and businesses. When the chaos in Lawrence, Andover, and North Andover subsided, approximately 130 structures had been damaged, one person was dead, more than 20 were injured, and thousands of people were told that gas service wouldn’t be restored for several months.

Today, the repairs are mostly complete, but it took months and many lives were upended. Columbia Gas and its parent company, NiSource, are allegedly responsible for the explosion. That’s why attorneys Tyler Church, John Yanchunis, Ryan McGee, Rene Rocha and Frank Petosa filed a class action lawsuit on behalf of Merrimack Valley Gas Explosion victims against the gas company.

Additionally, we held an informational seminar with Robert F. Kennedy, Jr. and other experts for residents of Lawrence, Andover, and North Andover who had questions about insurance claims, health concerns, and what their rights were going forward.

With Casual Fridays for a Cause, frequent raffles, and other fundraisers, our local offices are always raising money for an important cause.

Even though our offices raised money throughout the year, November was really a special month for giving at Morgan & Morgan.

In November, our Tampa, St. Petersburg, and Lakeland, FL offices collected nearly 2,800 pounds of food and 151 frozen turkeys for Metropolitan Ministries. The organization feeds thousands of people during the holiday season. Additionally, our Jackson, MS office collected boxes of stuffing mix to donate to IONA House Food Pantry, a local non-profit organization that assists those in need, while our Fort Myers, FL office bought and donated $1,335 worth of turkeys (1,290 lbs) and $10,945 in cash to the Harry Chapin Food Bank.

We’re proud of all the lives we improved in 2018 and look forward to continuing our work for the people in 2019.