The attorneys represented Margaret Brown and Brandon Brown, the widow and son of the late Arthur Brown. Brown began smoking at the age of 15 in 1955, a time when cigarette packs did not display warnings about the harmful effects of cigarettes and nicotine — despite cigarette companies knowing their products were dangerous since at least the 1940s.

After decades of cigarette addiction, Brown was diagnosed with chronic obstructive pulmonary disease (COPD), a chronic inflammatory lung disease that causes permanent damage to the lungs. He bravely battled the disease until his untimely death in 2003.

Since his passing, the Brown family has fought valiantly to hold R.J. Reynolds accountable for selling and marketing a product it knew was harmful to the public. And now, the family has finally obtained justice for their beloved Arthur — and for other victims of Big Tobacco, as well.

Picking a fight against powerful corporations like R.J. Reynolds is far from easy, but the persuasive arguments and hard work of attorneys Barnett, Gichner, Massa, and Luciano prevailed in convincing the jury to award such a significant verdict to the Brown family. It was a true David and Goliath moment.

“We are so thankful that the jury listened to all of the proof and worked so hard for three full weeks,” said Barnett. “It isn’t easy for an ordinary family to seek justice against a giant entity like R.J. Reynolds Company.”

She adds, “Without juries of citizens willing to serve, everyday people could never stand up to big business.” 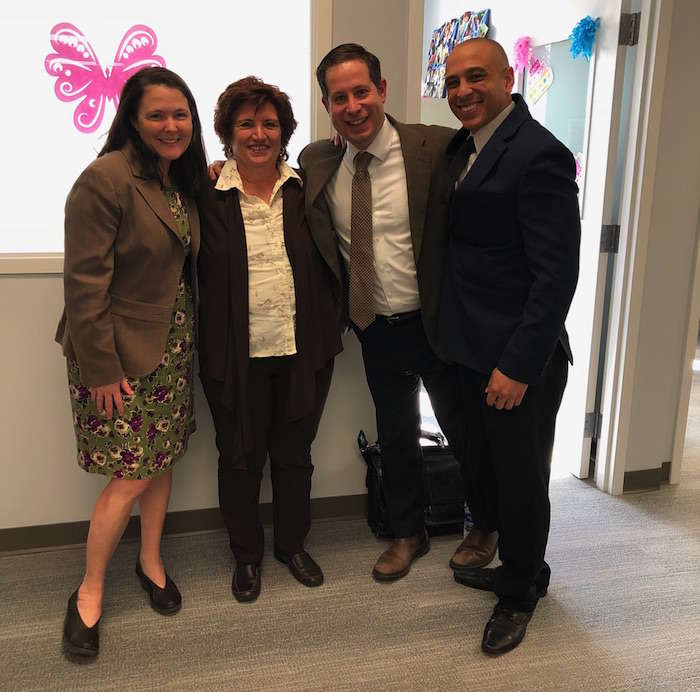 Kathryn Barnett and Jason Gichner with Margaret and Brandon Brown after the $13.5M verdict.

This is far from the first major verdict our attorneys have scored in the battle against the corrupt Big Tobacco industry.

One of our firm’s greatest victories was a landmark $90.8 million verdict in the case Estate of Frank Townsend v. R.J. Reynolds Tobacco Company, a feat achieved by attorneys Keith R. Mitnik and Gregory D. Prysock in 2010.

In this case, widow Lyantie Townsend sued the U.S. cigarette maker on behalf of her husband, who died of lung cancer after a lifelong addiction to cigarettes. Townsend was awarded $10.8 million in compensatory damages and $80 million in punitive damages.

In 2016, we struck yet another blow to the cigarette industry with a $6.4 million verdict in the case Price v. R.J. Reynolds Tobacco Company. Attorneys Mitnik and Prysock — assisted by Luciano and Massa — represented Ann Price, the widow of John Price, a lifelong smoker who suffered COPD for 15 years before his death in 2010.

This $13.5 million verdict, along with our previous verdicts against cigarette companies, proves that Morgan & Morgan will stop at nothing to smoke out companies that profit off of cigarette addiction and deliver justice to the countless families whose lives have been irreparably harmed by the industry.