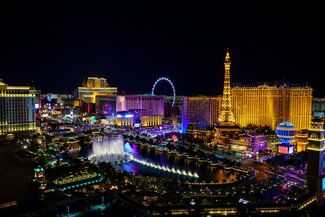 The devastating Las Vegas mass shooting Oct. 1, 2017, at a country music festival near the Mandalay Bay Resort and Casino left 58 people dead and almost 500 injured, and in its wake a nation mourning a senseless tragedy and asking many questions.

Our attorneys at Morgan & Morgan are investigating claims surrounding this devastating incident. Our firm has partnered with the law firm Panish Shea & Boyle LLP, which in April won a $160 million jury verdict for a man who suffered a traumatic brain injury after an encounter with security guards at the Cosmopolitan nightclub in Las Vegas.

If you or a loved one were affected by the shooting, contact us today for a free, no-risk evaluation of your situation.

A Music Festival Becomes a Nightmare

Thousands of people from across the United States gathered at the Route 91 Harvest music festival on the Las Vegas Strip on the last weekend of September 2017. The 15-acre site, along Las Vegas Boulevard directly across from the Luxor and diagonally across from the Mandalay Bay Resort and Casino, offered concertgoers the opportunity to enjoy a variety of the Strip’s offerings while taking in some of their favorite country acts. Since its debut in 2014, the festival has been a popular annual attraction.

... We will never forget this day.

On the evening of Sunday, Oct. 1, about 22,000 people gathered for a performance by popular country singer Jason Aldean, according to ABC. During his final number of the evening at around 10 p.m., the horror began. Gunman Stephen Paddock, 64, began firing hundreds of continuous rounds at the Route 91 crowd from his hotel room window at the Mandalay Bay. From his room on the 32nd floor, he fired rounds for 10 minutes straight, hitting concertgoers who had at first thought the gunfire was fireworks, according to news reports.

More than an hour later, police were able to enter Paddock’s hotel room, finding he had committed suicide. They also discovered a staggering cachet of guns, including AR-15s, Kalashnikovs, AR-10s, and .308 caliber rifles, at least some of which were modified to fire like automatic rifles. Some of the magazines were capable of holding 100 bullets, according to The Washington Post.

Ultimately, 58 people were killed in the incident, and 489 were injured.

Authorities are looking into other aspects of the horrific shooting.

Organizers of the Route 91 Harvest festival issued a statement on their official website, saying: “While we try and move forward, we will never forget this day. We will NOT let hate win over love. We will NOT be defeated by senseless violence.”

Survivors told news outlets about their survival stories and the heartbreaking loss of loved ones who died in their arms. Heather Melton, a registered nurse from Tennessee, told CNN her husband died as they fled a cascade of bullets that ricocheted off the ground.

"I felt him get shot in the back," Melton told CNN. "We fell to the ground. And I just remember seeing people around me on the ground."

Subsequent investigations discovered that Paddock had booked hotel rooms overlooking the sites of other music festivals, including Lollapalooza in Chicago and the Life Is Beautiful festival, which was also in Las Vegas, according to the NY Daily News. There isn’t seemingly any evidence, however, that he’d been to Chicago, that report indicated. Paddock also reportedly looked into booking rooms near Fenway Park in Boston, according to NBC.

Were You or a Loved One Affected by the Las Vegas Shooting?

Our attorneys are investigating claims related to the shooting in Las Vegas. If you or a loved one were affected by the shooting, contact us for a free evaluation of your case. Our compassionate lawyers have helped thousands of families get through some of the toughest times in their lives, and they are ready to help you.