Guardrails are designed to keep motorists safe, but what if a certain brand of them could end up actually harming you?

Our attorneys are investigating claims that Lindsay Transportation Systems’ X-LITE guardrail end treatment may be unreasonably dangerous and defective after the guardrails were implicated in seven deaths since 2016.

Instead of mitigating the impact of a crash as the guardrail was designed to do, the X-LITE guardrail end treatments are reportedly impaling vehicles during crashes, seriously injuring and even killing the occupants of the vehicle in the process.

If you or someone you love was hurt or killed by X-LITE guardrails, you may be able to join a class action lawsuit to hold the creators and manufacturers of the X-LITE guardrails — Lindsay Corporation, Valmont Industries, and their subsidiaries — accountable for their reportedly defective product. To learn more about participating, contact us today.

What Are X-LITE Guardrail End Treatments?

X-LITE guardrail end treatments are designed to protect motorists in the event of an off-road collision.

The guardrails are made up of multiple metal pieces that are intended to slide into each other — or “telescope” — when hit by a car, absorbing some of the impact of the crash and, most importantly, preventing the metal of the guardrail from penetrating the vehicle and harming the occupants.

The Alleged Problems with X-LITE Guardrails

Officials from the Tennessee Department of Transportation found that the X-LITE guardrails don’t always work as designed when hit at speeds higher than 62.2 mph, the standard crash test speed for guardrail ends, according to the Knoxville News Sentinel.

However, the guardrails have been implicated in fatal accidents both when malfunctioning and when “telescoping” as designed. This suggests that the guardrail may be dangerous by design and should no longer be manufactured.

As a result, the families of the people allegedly killed by X-LITE guardrails believe that X-LITE guardrails are improperly designed, unsafe, and unreasonably dangerous for our country’s roadways. Their governmental authorities seem to agree.

Additionally, some allege that the X-LITE guardrails are being improperly installed along roads due to the manufacturer's instructions, adding to the likelihood of these reportedly defective guardrails malfunctioning, according to the Knoxville News Sentinel.

In a letter from TDOTto the Federal Highway Administration’s Tennessee branch, the department states that the unclear instructions may cause “installations deficiencies” and “could result in the terminal performing differently from the original tested conditions.”

Seven deaths in Tennessee, Missouri, and Virginia have been reportedly linked to X-LITE guardrails.

In each of these deaths, the occupants of the vehicles were killed after their vehicle struck the X-LITE guardrail. The guardrail’s metal pieces then pierced the vehicle, fatally injuring those inside.

One particularly controversial death involved 17-year-old Hannah Eimers, who died after she crashed into an X-LITE guardrail. Although the guardrail reportedly worked as designed and “telescoped” in an attempt to absorb the blow of her crash, according to TDOT, the metal pieces of the guardrail still fatally impaled her and her vehicle.

To add insult to injury, her family was “mistakenly” billed for $3,000 by TDOT after her death for the damage done to the guardrail allegedly responsible for her death.

"I’m shocked, the audacity," said Hannah’s father, Steve Eimers, in response to the bill. "What bothers me is that they’re playing Russian roulette with people's lives.”

Free Case Evaluation
Tell us about your situation so we can get started fighting for you. We tailor each case to meet our clients' needs.
X-Lite End Terminal 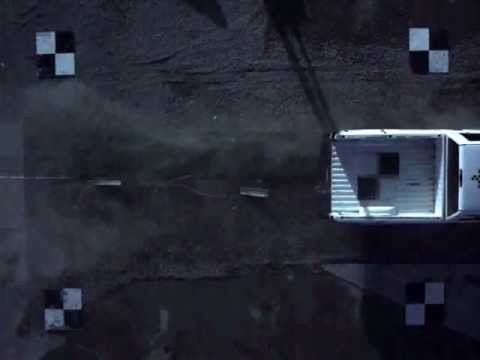