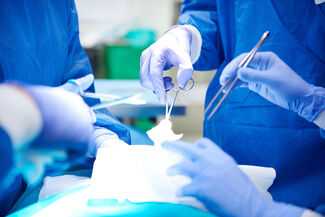 On October 14, 2007, Medtronic, Inc. announced a recall due to a defect in its Sprint Fidelis cardiac leads (thin wires) that are utilized to connect an implantable pacemaker or defibrillator directly to the heart. The following day, the New York Times published an article claiming that the flaw in this lead wire has caused numerous device malfunctions.

Furthermore, five defibrillator patients may have died as a result of this malfunction. Medtronic has stated in a press release that since the Sprint Fidelis was unveiled in 2004, roughly 200,000 U.S. patients have received this lead. The following models of the Sprint Fidelis have been recalled and are potentially defective:

If you had a pacemaker or defibrillator lead implanted since 2004, you should check your device identification card for one of the model numbers listed above. If you have a Sprint Fidelis lead, or are uncertain as to whether you have an affected lead, then you should immediately make an appointment with your doctor to check for any fracture in the wire that could potentially result in unnecessary defibrillator shocks or, even worse, the life-threatening failure of your pacemaker or defibrillator to function when therapy is necessary. It is especially important that you contact your physician if you have experienced symptoms of multiple shocks, lightheadedness, fainting, or palpitations. Moreover, you should be aware that many patients have a Sprint Fidelis lead manufactured by Medtronic even though their cardiac device was manufactured by another company such as Guidant, Boston Scientific, or St. Jude.

Medtronic believes that between 4,000 and 5,000 patients with the faulty Sprint Fidelis component could suffer a lead fracture within 30 months of receiving the implant. The information serving as the basis of this statement was compiled from two studies carried out over a 30-month period that monitored the Sprint Fidelis. The New York Times reports that Medtronic is encouraging all physicians to cease using the Sprint Fidelis in its patients. However, Medtronic is refusing to pay for the replacement of properly functioning Sprint Fidelis leads, even though such leads are included on the recall list. With support from the Food and Drug Administration, Medtronic has discontinued the sale of the Sprint Fidelis lead and is recalling any that are not in use.

The Morgan & Morgan team of product liability lawyers may be able to help you with a class action lawsuit. Visit our class action site for more information.