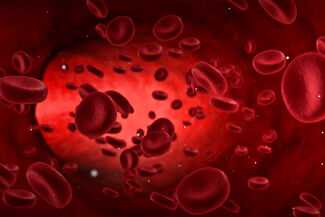 Morgan & Morgan is investigating claims related to the ability of a medical device called an inferior vena cava (IVC) filter to cause serious personal injuries to recipients, including organ perforation, punctured veins, and death.

IVC filters are small, cage-like devices that are implanted in the inferior vena cava—the main blood vessel running from the lower half of the body to the heart—to prevent a blood clot in the heart or lungs. The filters, however, allegedly have a design defect that can cause them to break apart and migrate within the body. Lawsuits have been filed against IVC filter manufacturers claiming that the devices are defective and that manufacturers concealed the device’s health risks.

If you or a loved one has been implanted with an IVC filter and suffered injuries from a filter that fractured and migrated, Morgan & Morgan lawyers would like to hear from you.

Why are IVC Filters Potentially Dangerous?

The general public first heard about dangers associated with IVC filters from an NBC News Report on the devices. In that report, NBC details how a woman who had been in a car accident and was at high risk for blood clots received an IVC filter. The woman subsequently suffered a medical event and nearly died in an ambulance on the way to the hospital. Doctors found that a piece of the IVC filter had broken off and pierced her heart. She underwent emergency surgery and had a one-inch piece of metal removed from her heart.

Over a five-year period, the FDA received nearly 1,000 adverse event reports related to IVC filters. In a 2010 risk communication, the FDA noted 328 patient complaints of device migration, 146 complaints of detachment of device components, 70 complaints of IVC perforation, and 56 complaints of filter fracture. In a subsequent report, the FDA concluded that, for certain patients, the risks of an IVC filter outweighs its potential benefits.

Manufacturer May Have Withheld Risks From Public

NBC News reports that a major device manufacturer, C.F. Bard, knew about dangers with one type of IVC filter but failed to share this information with the public, unnecessarily placing patients at risk.

The “Bard Recovery” filter made by C.F. Bard—associated with 27 fatalities and hundreds of injuries—gained fast-track FDA-approval based on its “substantial equivalence” to other types of IVC filters already on the market. Device approval was granted due to Bard’s assertion that the Recovery IVC was as safe as or safer than older types of IVC filters.

But a report commissioned by Bard and obtained by NBC News suggests that the device maker knew as early as 2004 that the Recovery device was more dangerous than older IVC filters. According to NBC, the report shows that, compared to all of its competitors, the Recovery device was more likely to fracture, migrate, and cause patient death. The doctor who commissioned the report warned Bard that further investigation was urgently needed, but the company declined to offer a recall. Thousands of patients still have the Bard filter device implanted in them.

$3 Million: In February 2019 Tonya Brand of Snellville, Georgia won her case against Cook Medical, an IVC filter manufacturer. The filter was implanted in 2009, and in 2011 a prong from her filter migrated to her thigh pushing through the vein and skin. Other parts had also broken off and migrated to areas that could not be removed.

A case was filed earlier this year with the U.S. District Court of Arizona. A woman injured by an IVC filter manufactured by C.R. Bard and Bard Peripheral Vascular, Inc. The case states that C.R. Bard sold a defective device and failed to warn about the possible safety risks. The reason this case is significant is that approximately 6,300 actions are pending in this case. The verdict of this case will go a long way in determining the compensation of thousands of similar cases against C.R. Bard.

We Can Help You Pursue Justice and Compensation

Morgan & Morgan attorneys are speaking with patients who may have been harmed by IVC filters. Learn more about your legal rights and how Morgan & Morgan helps injured medical device users during a free case review You might be entitled to compensation.