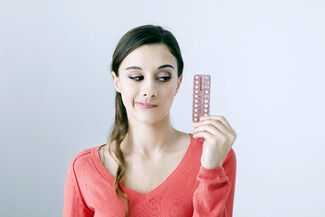 UPDATE: It has been reported that Bayer has already paid out $142 million in Yaz / Yasmin settlements in 651 cases alleging that these fourth-generation birth control pills cause potentially deadly blood clots in women. The evidence supporting the risk of Yaz blood clots continues to mount, as a new study of 330,000 Israeli women has again found that women taking birth control pills containing drospirenone, including Yaz and Yasmin, have a greater risk of developing blood clots than those using second or third generation pills.

Specifically, the data revealed that the risk of venous thromboembolism, a reported Yaz blood clot which develops in the leg veins and could travel to the lungs, is 43% to 65% higher with drospirenone pills, compared to older, more traditional types of oral contraceptives. According to the Yaz blood clot survey, for every 10,000 women taking a drospirenone-containing pill per year, eight to ten of these individuals will develop a venous thromboembolism blood clot. The FDA also recently released a study tying drospirenone birth control pills, such as Yaz, to blood clots, announcing that these oral contraceptives can raise a user's risk of blood clots by nearly 74%.

Side Effects of Yasmin and Yaz

Yasmin and Yaz are two separate birth control brand names manufactured by Bayer Healthcare that prevent unwanted pregnancy. Yaz has 24 days of active pills intended to shorten a woman's period, while Yasmin has the traditional 21 active pills. Both Yasmin and Yaz contain the ingredients drospirenone and ethinyl estradiol.

Two of the most popular oral contraceptives on the market, Yasmin and Yaz contain a different type of hormone known as drsp or drospirenone. Although Bayer Healthcare claims that they are as safe as other types of birth control pills, drospirenone can reportedly increase a user's potassium levels. This can lead to serious health problems, which are particularly dangerous for those with kidney, liver and adrenal disease. Serious side effects of Yaz and Yasmin may include:

Those with certain risk factors such as cardiovascular disease, diabetes or high blood pressure have an increased chance of developing these Yaz side effects.

Due to the risk of Yaz blood clots, the FDA announced that it would be investigating the medication and other birth control pills containing drospirenone. The action was taken after the FDA received new studies which evaluated the risk of venous thromboembolism (VTE), a potential Yaz blood clot, in patients taking oral contraceptives containing drospirenone. The studies revealed that women between the ages of 15 and 44 who use Yaz, Yasmin, Ocella or other drospirenone-containing birth control pills were two to three times more likely to develop a blood clot than those taking pills containing levonorgestrel.

The FDA has reprimanded the manufacturer of Yasmin and Yaz after a set of television ads were released that have allegedly misled many consumers. The deceptive Yaz ads market the drug for unapproved uses, such as the treatment of PMS symptoms and all types of acne. The FDA also stated that the misleading Yaz ads minimized the serious side effects of the birth control pill. By broadening the usage of Yaz and underplaying its side effects, many women may have taken the drug under false pretenses.

We maintain a dedicated class action website. Our attorneys represent clients in many different class actions. Contact us for more information. We can help with any further medical complications you might experience.