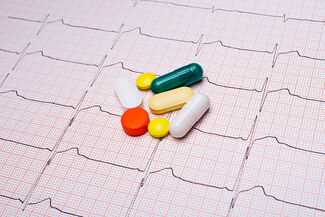 The FDA requested a Meridia recall after reviewing a study which showed an increased risk of stroke, heart attack and death among patients taking the prescription weight loss drug.

The study showed that there was only a small difference in weight loss among patients taking Meridia and those receiving the placebo. As a result, the FDA found that the side effects of Meridia, along with the drug’s little weight loss benefits, justified the decision to ask Abbott Laboratories to remove Meridia from the market.

Meridia was first approved in 1997 for weight loss and weight loss maintenance in obese patients, as well as in heavy individuals with other risk factors for cardiovascular disease. The drug was approved after clinical studies showed that more patients taking Meridia lost at least 5 percent of their body weight than members of the placebo group who relied solely on diet and exercise. The FDA has now requested a Meridia recall following a nearly year-long safety review of the drug which was initiated after researchers published the results of a study known as SCOUT (Sibutramine Cardiovascular Outcomes Trial). The study, which prompted a Meridia recall in Europe, showed a 16% percent increase in the risk of serious Meridia side effects, including:

SCOUT examined 10,000 obese patients who were over the age of 55 and had a history of heart disease, type 2 diabetes or similar risk factors. The study was initially performed to show that weight loss through Meridia use lowered the risk of heart problems; however, the results suggested that those taking the weight loss drug had an increased chance of suffering Meridia cardiovascular side effects. Doctors have been advised to stop prescribing Meridia and begin discussing weight loss alternatives with their patients.