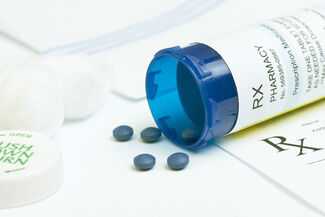 The lawyers at Morgan & Morgan reviewed cases against ETHEX CORPORATION, a manufacturer of the pain medication Morphine Sulfate which admits to manufacturing and distributing Morphine pills with double the prescribed strength. Consumers are at the risk of morphine overdose which could lead to side effects including breathing problems, erratic behavior, seizures, low blood pressure, nausea and vomiting and even death.

Oversized tablets may contain as much as two times the labeled level of active morphine sulfate. The recalled lots were distributed by ETHEX Corporation under an "ETHEX" label between June 2006 and May 2008.

The lot numbers involved in the recall are:

According to the ETHEX June 13 Press Release, there are indications the drug company is unsure how and when the oversized tablets were being produced and distributed.

We are no longer taking cases against cases against ETHEX CORPORATION. The lawyers at Morgan & Morgan are committed to holding drug companies accountable for subjecting consumers to dangerous drugs. Consult our active class action lawsuits to research drug manufacturers if you are on any medication. To keep informed about any potentially dangerous drugs, visit classaction.com.