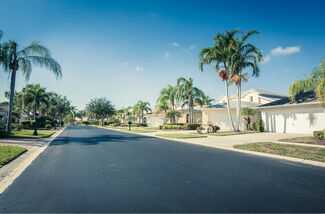 Morgan & Morgan has joined forces with Reiser Law, P.C.; Marro Law, P.A.; and The McCain Law Firm, PLLC to file a lawsuit against the developers of Aventura Isles, a residential development in northern Miami-Dade County.

Owners of properties in the Aventura Isles neighborhood are suing Williams Island Ventures, LLC and other defendants for a failure to disclose contamination of the soil and groundwater to homeowners, among other claims.

The lawsuit alleges that developers had full knowledge of the contamination, and that instead of following local regulations by having restrictions be recorded in the community's property deeds, developers hid the soil’s contamination from home buyers.

As reported in the Miami New Times, the two contaminants at the Aventura site — arsenic and dieldrin, a neurotoxic pesticide — are “serial offenders.”

Dieldrin, which was once used as an insecticide, was banned by the Environmental Protection Agency (EPA) in all uses by the late 1980s. However, it is still known to persist in the environment.

Arsenic, which is used in herbicide and pesticide products, is still allowed for use on sod farms, golf courses, and highway rights-of-way by the EPA. According to the Florida Department of Health, arsenic tends to stay in the top few feet of soil for a long time.

If you are a concerned Aventura Isles property owner, or if you would like more information, our attorneys can answer your questions and discuss your legal options. Please contact one of the attorneys below:

A History of Contamination

Over the years, various reports and studies have shown high concentrations of arsenic and other contaminants in the soil and the underlying groundwater of some South Florida golf courses, due to heavy herbicide and pesticide use.

The Aventura Isles site, which was formerly utilized as a row-crop farm, was a golf course known as Williams Island Country Club, Limited from the 1960s until 2004.

In 1994, the Miami-Dade County Department of Environmental Resources Management (DERM) inspected the golf course maintenance facility at Williams Island Country Club, where they first discovered contamination. DERM found that the facility’s vehicle wash and the pesticide-mixing areas were located right next to a lake, creating the potential for pesticides and other pollutants to run off into it.

Its report concluded: “[t]he presence of arsenic, toxaphene and chlordane [were] above Soil Cleanup Target Levels (SCTL), in the vicinity of the septic tank drain field and maintenance building, [which] indicated that the groundwater and soil quality have been affected.”

After acquiring the site, the developers of the Aventura Isles property had full knowledge of the contamination. Our lawsuit alleges that the developers did not follow local regulations and record restrictions in the community's property deeds. Instead, developers covered up the environmental contamination of the soil.

Between 2012 and 2014, Williams Island Ventures sold all of the homes pre-construction, using the standardized Purchase and Sale Agreement. Nowhere in this agreement did the developers disclose the parcel’s history of contamination or the potential drawbacks of these defects, including:

It was not until 2016 — after they had sold all the homes for over $165 million — that the developers admitted in a submission to DERM that, due to unspecified “errors,” all the homes were sold without the required disclosures.

“By failing to record and disclose,” the complaint states, “Defendants wrongfully deprived Plaintiffs of the chance to make a meaningful choice for themselves and their families in the face of uncertain health and liability risks.”