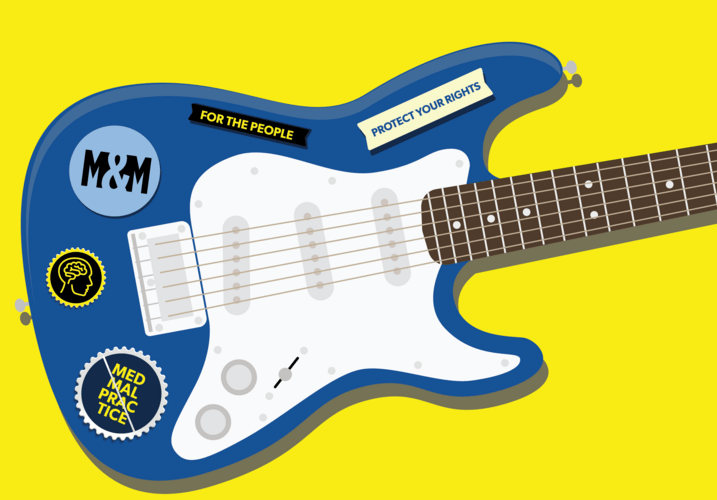 You don’t need to be a rock star to get rock star treatment from your law firm. But even if you’re an actual rock star, we’ll fight for you, too.

Morgan & Morgan is proud to represent former Puddle of Mudd guitarist Paul Phillips in a medical malpractice lawsuit against Baptist Medical Center Beaches and two of its doctors. Phillips claims that his treatments left him with a brain injury and serious seizure condition.

Phillips didn’t receive the level of care he needed and deserved. He alleges that, after initial tests showed low sodium levels in his blood, his doctors did a poor job of gradually increasing them to normal. Instead, his sodium levels rose too quickly, he contends.

Three days after being discharged, Phillips suffered a seizure and was rushed back to the hospital. MRIs revealed brain damage, which Phillips claims is the result of the treatment he received in his previous hospital stay.

Phillips is still suffering from seizures and other neurological issues.

“The seizure disorder our client sustained from this alleged malpractice could impact his ability to play music at live shows,” a Morgan & Morgan spokesperson said. “Not only is this heartbreaking and distressing for a lifelong musician, but it could also affect his financial security.”

Medical errors are alarmingly common. Every year, a quarter million Americans die due to medical malpractice, making it the third-leading cause of death in the United States. The victims deserve someone on their side to protect their rights.

No Matter Who You Are, We’re Here to Help

Morgan & Morgan fights for the people. Whether you’re a famous musician, service industry worker, teacher, stay-at-home parent—no matter who you are or what you do to make ends meet—we’re here to help.

And you can rest assured that hiring us won’t hurt you financially. We work on a contingency, meaning it costs nothing to hire us and we only get paid if we win.