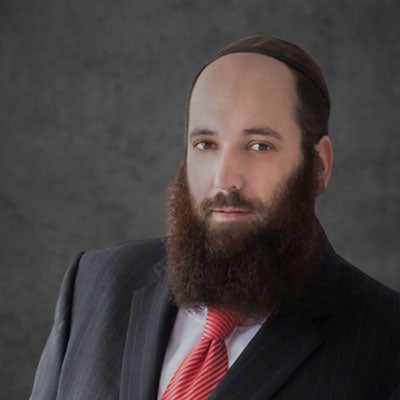 Yechezkel Rodal is a consumer protection attorney based in Fort Lauderdale. A husband and father of five, he was born and raised in Pittsburgh. In 2004, Mr. Rodal moved to Florida and that’s when his career took an interesting path.

He began running his own business – a Thai restaurant in Sunrise, Florida. This experience afforded him lessons that he said he could not have obtained in the best business schools in the country. What’s more, it helped shape his career as a lawyer.

After a couple of disastrous storms took their toll on his clientele and the economy took a nosedive, Mr. Rodal decided it was time for a change. Upon his wife’s counsel, he enrolled in law school at Florida International University (FIU). During his first month of school, he began working for a consumer protection law firm. He remained there for eight years.

Despite plans to become a criminal defense attorney, an opportunity arose in the consumer protection field. Seeing the dramatically uneven playing field American consumers are forced to endure with the world’s biggest corporations, he was determined to make a change.

Mr. Rodal takes pride in having taken part in shaping consumer protection law, specifically in the areas of TILA (Truth in Lending Act), FDCPA (Fair Debt Collection Practices Act), and the TCPA (Telephone Consumer Protection Act). His mission is to educate consumers on how they can fight back against misinformation, and provide his clients with complete and total solutions to their debt problems. Inevitably, this leads to a better quality of life for them.

To Mr. Rodal, there’s only one thing more gratifying than seeing the look of relief on his clients’ faces as he tells them that he can make the harassment and phone calls stop: Seeing the look that washes over them as he hands them a check a few months later.