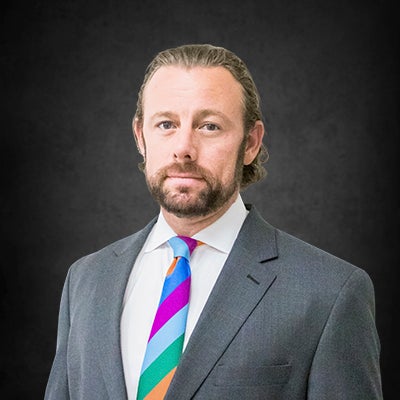 William J. "Jay" Degenhart focuses his practice on premises liability actions, such as slip and fall and negligent security. Licensed to practice in both Georgia and Florida, Mr. Degenhart is an experienced and effective trial attorney who joined the firm after three years with a highly regarded Plaintiff's firm in his hometown of Savannah, Georgia. While with his former firm, Mr. Degenhart assisted in trying numerous significant and high profile cases, including a wrongful death/medical malpractice case that culminated in a $4.475 million dollar verdict. Mr. Degenhart has represented numerous clients in a diverse array of cases, with jury verdicts and settlements for millions of dollars.

Mr. Degenhart enjoys fighting for his clients, and he represents each and every client with an eye focused towards trial to maximize the value of his client's case.

Mr. Degenhart graduated from the University of North Carolina at Chapel Hill in 2003, where he was a student-athlete on the Tar Heel golf team. Still an avid golfer, Mr. Degenhart competed in the 2011 U.S. Amateur and 2013 U.S. Mid-Amateur. Mr. Degenhart is also an avid traveler, having visited over 71 countries in his lifetime, which gives him a unique cultural perspective to more effectively represent a diverse client base.