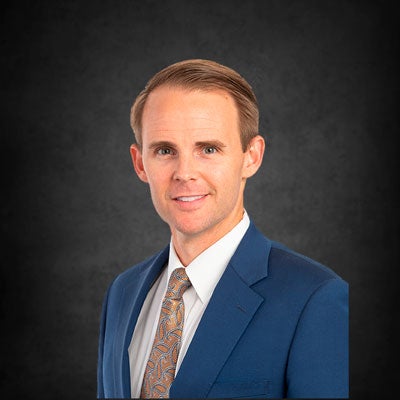 Todd joined Morgan & Morgan after a successful career practicing insurance defense for two well-known regional firms. He is licensed to practice in Florida, Georgia, and the United States District Court for the Northern District and Middle District of Florida.

Todd received undergraduate degrees in Finance and Real Estate from Florida State University before earning his Juris Doctor from the Florida Coastal School of Law. During law school, Todd clerked for the Honorable Ronald Flury of the Second Judicial Circuit of Florida and a prominent personal injury firm in Jacksonville, Florida. Following law school, Todd began his legal career as an Assistant State Attorney prosecuting cases ranging from DUI to homicide. He tried over 60 cases to verdict, including the most in the Second Judicial Circuit in 2013.

Todd is a member of the Tallahassee Bar Association and is active in organizations such as the William H. Stafford American Inn of Court and the Exchange Club of Tallahassee. He attends City Church and is President of Saint Teresa Beach Church in Saint Teresa, Florida.