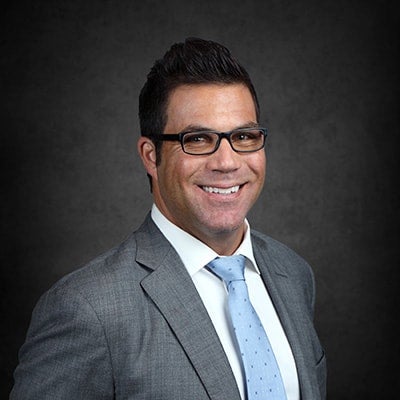 Steven Capriati was born in New York and raised in Wesley Chapel, FL. He graduated from the University of Arizona in Tucson. Mr. Capriati was the top-ranked player on the men’s tennis team where he earned All-Conference honors and competed in the NCAA Championships. He then attended the School of Law at Hofstra University for his first 2 years of law school before completing his legal studies at the Florida State University College of Law in 2006.

During law school, Mr. Capriati clerked for the Office of the General Counsel to Governor Jeb Bush and the law firm of GrayRobinson. After graduating, he worked on Charlie Crist's campaign for governor as a policy advisor. Following the campaign's success, Mr. Capriati joined the law firm of Carlton Fields, where he handled cases involving business transactions, mergers & acquisitions, and securities law.

Ultimately, Mr. Capriati knew that he wanted to be a trial lawyer so he became a prosecutor in Hillsborough County for more than 5 years. During his time at the State Attorney’s Office, Mr. Capriati became the lead trial attorney and lead traffic homicide prosecutor for his felony division where he was responsible for prosecuting violent crimes and drug trafficking. As a result, Mr. Capriati successfully prosecuted crimes involving murder, armed robbery, traffic homicide, and trafficking in illegal drugs.

Mr. Capriati joined Morgan & Morgan so he could put his wide array of legal and trial experience to work for those who have been injured as a result of another’s negligence.