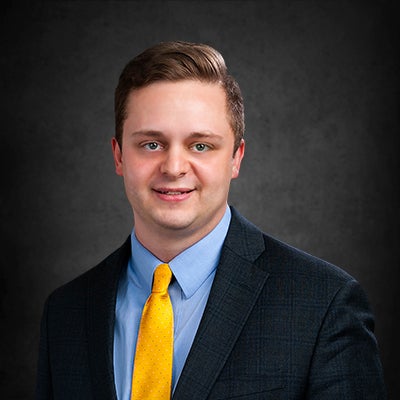 Paul William McBride was born in New York and moved between the states of Florida, Tennessee, and later New York again where he earned his Associate's and Bachelor's Degrees before deciding to move back to Florida and pursue a legal education at the University of Florida Levin College of Law, graduating in 2017. From humble roots, Paul worked construction, retail, manufacturing, and restaurant industry jobs to get by and often saw firsthand the toll that the wear and tear of life can take.

At the University of Florida, Paul was the President of the Criminal Law Society and the Executive Vice President of its Trial Team while interning in the State Attorney's Offices of the Eighth Judicial Circuit (Based out of Gainesville, FL) and Thirteenth Judicial Circuit (Tampa, FL) as well as the Public Defender's Office of the Eighth Judicial Circuit. Upon graduating from law school, Paul accepted a position as an Assistant State Attorney in the Ninth Judicial Circuit in Orlando, FL where he worked mainly in the area of Domestic Violence and tried cases related to the charges of Battery, Battery (Domestic Violence), theft, Aggravated Battery with a Deadly Weapon, False Imprisonment with a Weapon, and Sexual Activity with a Child.

Since that time, Paul moved on to Morgan & Morgan to dedicate his time and efforts to helping those who have had their ability to work, care for themselves and families, as well as simply enjoy their lives taken by the actions of others who fail to concern themselves with the well-being of the community around them. With the same grit and determination he once brought to bear on those who hurt their own loved ones intentionally, Paul now takes the fight to insurance companies and corporations who refuse responsibility for their actions.

Outside of the office and courtroom, Paul is a die-hard Gators fan and dedicates time to local charities, and the colleagues, family and friends without whom none of the above would have been possible.