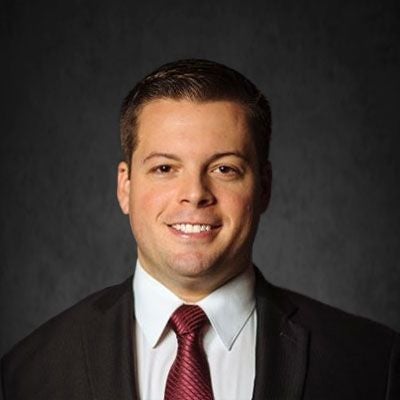 John Distasio is an attorney who specializes in consumer protection law. He handles each case with passion and professionalism, and is a true advocate.

Prior to joining the firm, Mr. Distasio served the people of the State of Florida as an Assistant State Attorney for the 13th Judicial Circuit. He worked alongside some of Florida’s most respected prosecutors, trying over one hundred jury and non-jury trials. He handled a caseload in excess of two hundred cases, ranging from DUI to Attempted Murder. During his time as a prosecutor, Mr. Distasio earned his Master of Law (LL.M.) in Advocacy from Stetson University College of Law, the number one trial advocacy school in the country according to U.S. News & World Report.

He has completed internships on both the state and federal level. Most notably, Mr. Distasio had the privilege of interning at the U.S. District Court for the District of New Jersey in the Honorable Judge Mark Faulk’s chambers. Mr. Distasio's previous experiences in the Civil Division at the U.S. Attorney’s Office, Middle District of Florida and Office of the State Attorney, 11th Judicial Circuit are some other experiences that have shaped the lawyer he is today.