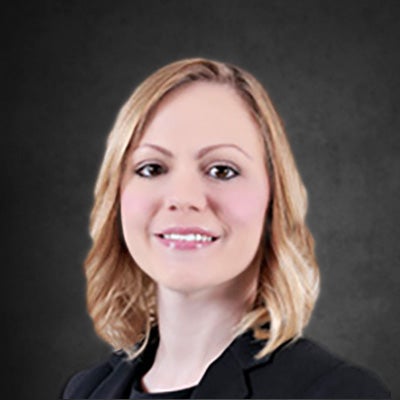 Jeri Sawyer is originally from Alabama, until she moved to LaGrange, Georgia in 2014. She attended Troy University where she received a Bachelor’s in Business Administration, and a Master’s in Human Resource Management.

She received her Juris Doctorate from Faulkner University. At Faulkner, Ms. Sawyer competed as a student advocate in mock trial competitions in Alabama, Georgia, Florida, New York, and Texas. She earned several advocacy honors including being inducted into the Order of the Barrister’s, and a Lewis F. Powell Medal for Excellence in Trial Advocacy from the American College of Trial Lawyers (ACTL) and the American Bar Association (ABA). She was also recognized by the Public Interest Society for her public works, receiving a Community Service Merit Award.

Ms. Sawyer began working for Morgan & Morgan in the summer of 2015, focusing her practice on representing the rights of workers who experience unsafe working conditions, and those who are injured while on the job.