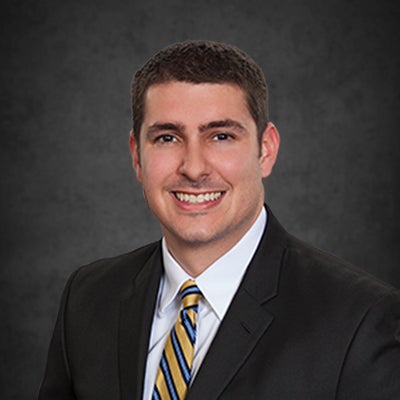 Jeffrey Gionet is a trial attorney who specializes in first party property insurance litigation. He received his Juris Doctorate Degree from Stetson University College of Law. While in law school, Mr. Gionet graduated Cum Laude and received several distinctions including Dean’s List, Honor Roll, and Booking Awards (awards given to the student with the highest grade in the class). He also had the opportunity to intern with several judges including the Honorable Anthony Porcelli at the United States District Court for the Middle District of Florida, where he gained invaluable experience and insight into the inner workings of the federal court system.

Prior to joining Morgan & Morgan, Mr. Gionet worked at a defense firm and represented many insurance carriers in first party property disputes at the trial and appellate levels. His first party property practice included defending multiple insurance carriers in tropical storm and hurricane claims, wind and hail claims, and other perils causing damage to homes. With that experience in hand, Jeff joined Morgan & Morgan in order to help homeowners who had their insurance claims wrongfully denied or underpaid. He vigorously fights for homeowners to ensure that the insurance companies properly pay claims and homeowners receive the protection they deserve.