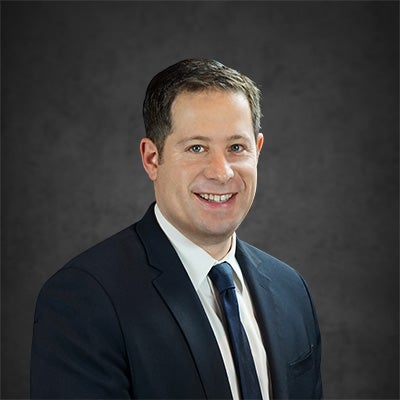 Jason Gichner is the head of the Nashville Personal Injury Department at Morgan & Morgan. With more than fifteen years of trial and appellate experience, Mr. Gichner is a veteran litigator who has spent his career fighting for clients in the courtroom. He has tried over two dozen jury trials, achieving significant results for his clients.

Mr. Gichner received his undergraduate degree with Honors from Colgate University. He received his law degree from Vanderbilt University Law School. While at Vanderbilt, he served on the Moot Court Board, Journal of Transnational Law, and he received both the Outstanding Oralist of the Year Award and the Clinical Legal Student of the Year Award. After law school, he joined the Office of the Metropolitan Nashville Public Defender. As a senior trial attorney and Team Leader, he represented thousands of clients and tried numerous jury cases to verdict. Prior to working for Morgan & Morgan, Mr. Gichner worked for a law firm handling complex litigation and personal injury matters.

Mr. Gichner currently serves as an adjunct Professor of Trial Advocacy at Vanderbilt University Law School. He is a graduate of the Tennessee Bar Association Leadership Law Program and is a member of the Harry Phillips American Inn of Court. He has served as a Professor of Clinical Studies at Vanderbilt University Law School and as an Associate Editor of The Tennessee Tort Letter. Additionally, Mr. Gichner is a Fellow of the Nashville Bar Association.

Mr. Gichner is consistently named to the annual list of Super Lawyers for the Mid-South. He has received recognition for his pro bono work and recently served as Counsel for the Tennessee State Task Force on Indigent Representation.

Mr. Gichner is married to Jessica Green Gichner, a practicing attorney in Nashville. They have two children, Lucy and Wyatt.