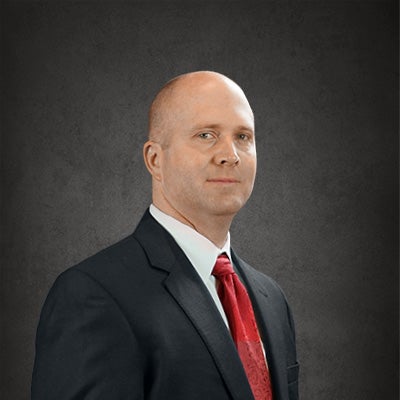 Jarrod Bentley was born in Pikeville, Kentucky on November 27, 1977 and was raised in Knott County, Kentucky where he graduated high school from Knott County Central High School in 1996. In 1997, he moved to Morehead, Kentucky, where he earned his Bachelor’s degree from Morehead State University. In 2000 he attended Salmon P. Chase College of Law where he later earned his juris doctorate degree in 2003.

On June 1, 2015, he was able to merge the firm of Rowe and Bentley into what is now Morgan and Morgan of Prestonsburg, and he continues to focus his practice on personal injury cases.

He has been blessed with two healthy children, Taylor and Kaden, and any time away from the practice of law is focused on the extracurricular activities of his kids.