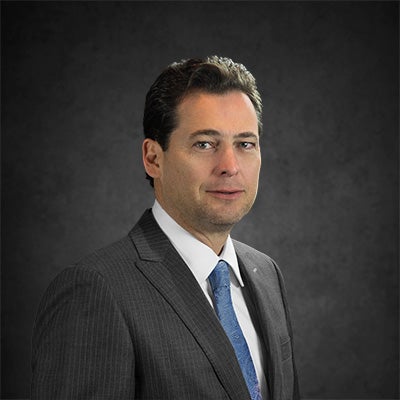 Harry M. McCumber was born and raised in Hollywood, Florida. He received his undergraduate degree with honors from Nova Southeastern University in Ft. Lauderdale, Florida, where he was a member of Alpha Chi National College Honor Society, a designation for students in the top 10 percent of their major. Mr. McCumber lettered in cross-country all four years and was a perennial scholar-athlete in the NAIA Florida Sun Conference. In 1994, he moved to Jackson, Mississippi, to attend law school at Mississippi College School of Law. While in law school, Mr. McCumber interned with the Hinds County, Mississippi Public Defender's Office. Upon earning his Juris Doctorate degree in 1997, he has been exclusively practicing personal injury law for the past 19 years.

In 2016, Mr. McCumber joined Morgan & Morgan and presently focuses on premises liability/negligent security cases. He takes pride in representing innocent victims against insurance companies, large corporations and other powerful entities that want to deny his clients fair treatment for their injuries.