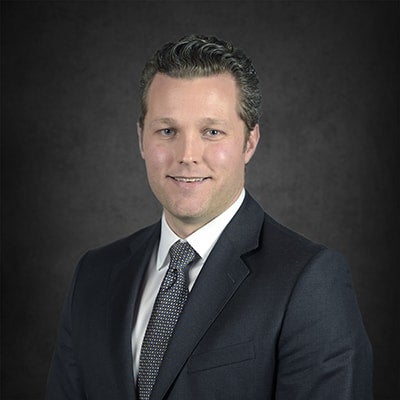 David Dufour was born in Louisville, Kentucky and grew up in the small town of Morrow, Ohio, just outside of Cincinnati. He received his B.A., with honors, in 2004 from Wofford College, where he was named a First Team Academic All-American his senior year. He earned his Juris Doctorate from the University Of Louisville Brandeis School Of Law in 2007. Mr. Dufour is licensed to practice in Kentucky and Indiana, handling cases in both state and federal courts.

He became a partner in the Louisville, Kentucky office of Morgan & Morgan in September of 2014. His practice is focused primarily in the areas of Nursing Home Abuse, Wrongful Death, Medical Malpractice and Personal Injury. He is particularly passionate about keeping nursing homes and other medical facilities accountable to their residents rather than their corporate owners.