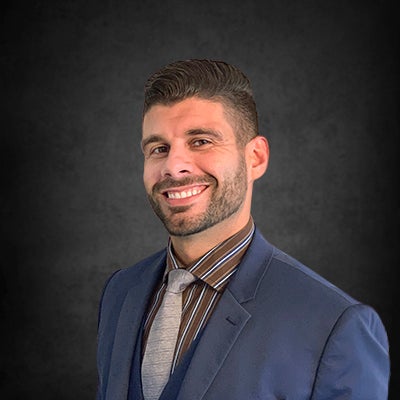 Daniel Benchimol is a litigation attorney at our Kissimmee office. He earned his Bachelor's degree from Florida International University and then earned his law degree from Florida Coastal School of Law. Daniel began his trial practice as a Certified Legal Intern for the State Attorney's Office in Miami, Florida, where he tried cases as an intern and assisted in prosecuted misdemeanor crimes. During his time in law school, Daniel earned "CALI Achievement Award" for his performance in "Alternative Dispute Resolutions", made the Dean's Honor List, and inducted into the school's legal honors fraternity.

After law school, Daniel served both Duval and Nassau county as an Assistant Public Defender where he defended over 2,000 criminal cases and tried numerous cases in front of a jury, ranging from DUIs to Attempted Murder.

Daniel then focused his legal career going against big insurance companies and representing those injured in automobile accidents, slip and falls, negligent supervision, and negligent security when he worked at a personal injury firm in Orlando that had offices across the United States.

Daniel was born and raised in Miami, FL to a Brazilian immigrant family. His family taught him hard work, dedication, and to care for others. Daniel is fluent in Spanish and in Portuguese. When he is not zealously representing his clients, Daniel enjoys spending time with his four dogs, his wife, running marathons, playing golf, riding his motorcycle, and playing music.