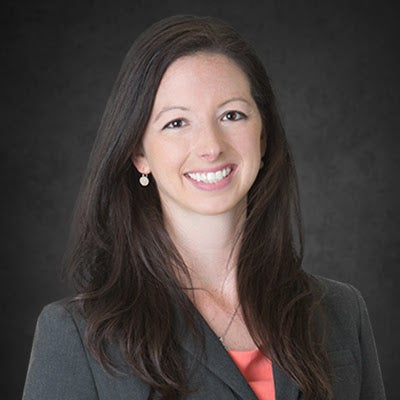 Alex Fisher is a trial lawyer in the firm's Nashville, Tennessee office. She represents clients in insurance cases, where an individual's claims have been denied by his or her own insurance company. Mrs. Fisher loves fighting for the underdog, and spent her legal career representing individuals against large systems and institutions.

After law school, Mrs. Fisher served as a Federal Judicial Law Clerk to the Honorable Chief Judge William J. Haynes, Jr., in the United States District Court for the Middle District of Tennessee. She went on to create her own practice representing individuals against government investigations and regulations in the health care space at a boutique business law firm in Franklin, Tennessee. Most recently, Mrs. Fisher represented individuals and entities against government investigations and regulations as part of a nationally recognized super regional law firm in Nashville.

In the Nashville community, Mrs. Fisher serves as a board member of Small World Yoga, a local non-profit connecting yoga with communities and individuals in and around the Nashville area, and has been appointed by Mayor Briley to serve on the Metropolitan Nashville Hospital Authority Board of Trustees through 2021.

Mrs. Fisher serves as a mentor through the Vanderbilt Women in Business Mentorship Program and is a member of the Friends of the Nashville Ballet board.

She has been nominated as a Rising Star in the Mid-South in Health Care for 2017 and 2018, and is a member of the Tennessee state bar. A native of Memphis, Tennessee, Mrs. Fisher has lived in Nashville for ten years. When she isn't practicing law, you can find her teaching yoga on Music Row, or spending time exploring Nashville on a bike or by foot with her husband, Jason, their one-year-old son, Jackson, and their two Weimaraners, Charles and Rayne.