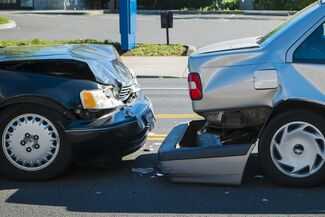 Imagine sitting in your car at a stoplight when all of a sudden, the silence is interrupted by a deafening crash from behind. Your car lurches forward, your head snaps back and then forward, and then all is quiet again. Your neck hurts, you are in shock, and you realize that in an instant, your life might have changed forever. If you’re reading this, there’s a good chance something similar happened to you and that it may be wise to hire a rear-end-collision injury lawyer. Morgan & Morgan’s experienced attorneys give you the best chance of recovering compensation for medical bills, lost wages, and pain and suffering when your injury is the result of someone else’s negligence.

A rear-end collision occurs when a vehicle crashes into another in front of it. While automated safety systems have reduced the risk of such crashes, they still happen all the time. The National Highway Traffic Safety Administration says rear-end accidents constitute up to 30% of all car crashes, which makes them one of the most prevalent types. Causes include:

Rear-ending a moving vehicle is generally less forceful than hitting one that is stopped, but it is no less dangerous, as both cars can lose control and endanger those around them. When a car hits a stationary one of the same size and build, the impact force is roughly half of what it would be crashing into an immovable structure. That is, if someone crashes into a stopped car at 44 mph, it’s as if they’re plowing into a block of concrete at 22 mph. This force is much greater when slamming into larger vehicles like trucks. Naturally, the potential for injuries is high.

Rear-end crashes can contribute to all kinds of wounds, from those related to hitting the steering wheel or windshield to driving underneath raised flatbeds. But by far the most prevalent affliction is whiplash. Whiplash is a neck injury resulting from a sudden, forceful back-and-forth motion of the head resembling the cracking of a whip. It ranges in severity but can lead to lifelong problems, so if you are involved in an auto accident, it always pays to get checked out by a physician. If you hire a rear-end-collision attorney, having a record of medical due diligence can also help your case.

Who Is to Blame?

Sometimes, it’s tricky to assign fault in a rear-end collision. A driver might slam on the brakes, for example, to avoid hitting a pedestrian, leaving the car behind them little to no chance of stopping in time. But generally, for insurance purposes, the driver of the car that hits the one in front of it is to blame (unless the latter is going in reverse).

The problem is, insurance companies don’t want to pay up when the time comes. They may make lowball offers or try to deny your claim outright. Having a Morgan & Morgan rear-end-collision attorney in your corner can make all the difference when it comes to ensuring you receive adequate compensation. We have the resources to take on the big guys, so if we can’t reach a sufficient settlement agreement, we’ll go to trial. And Morgan & Morgan operates on a contingency fee basis, which means there’s no upfront cost. We’re free unless we win.