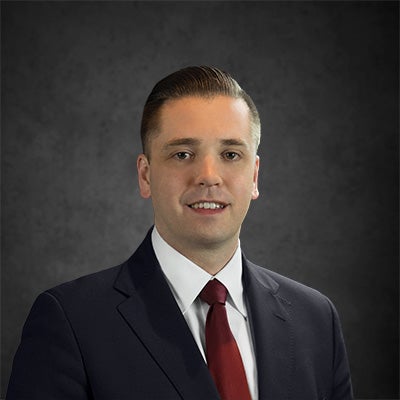 Zach Wiley is a trial lawyer in the firm’s Nashville, Tennessee office. He represents clients in premises liability, negligent security, car accident, and workers’ compensation cases. He has represented hundreds of clients in state and federal trial courts throughout Tennessee, as well as in the Tennessee Court of Workers’ Compensation Claims.

As the son of an auto mechanic and a public school teacher, Mr. Wiley personally understands what is at stake for his clients, many of whom are unable to work because of the severity of their injuries and are struggling to support themselves and their families as a result.

After law school, Mr. Wiley practiced commercial litigation and white collar criminal law with a firm in Boston, Massachusetts. In 2013 Mr. Wiley relocated to Nashville to serve as a Federal Judicial Law Clerk to the Honorable Chief Judge William J. Haynes, Jr. in the United States District Court for the Middle District of Tennessee, and he has called Nashville home ever since.