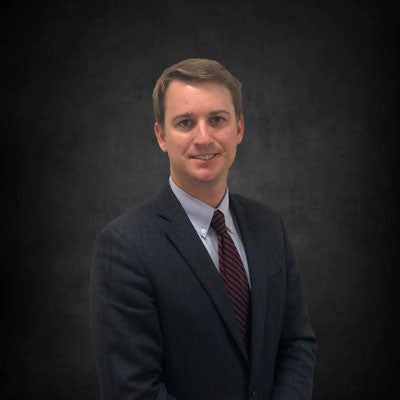 Rob Varner is a personal injury attorney at the Columbus, Georgia office of Morgan & Morgan, P.A. Licensed in both Georgia and Alabama, Rob’s practice is dedicated to representing those that have been seriously injured or killed as a result of the negligence of others.

Mr. Varner was born and raised in Columbus, Georgia. He is a graduate of Columbus High School and Presbyterian College in Clinton, South Carolina, which he attended on a golf scholarship. Mr. Varner then graduated from the Charleston School of Law, where he was a member of the Maritime Law Review, received the CALI Award for the highest grade in Legal Research and Writing, clerked for Judge Irvin Condon, and served as research assistant for Professor William M. Janssen.

Mr. Varner began his legal career in Atlanta, Georgia with a large national firm focusing on complex litigation. Realizing he wanted to represent individuals and not corporations, Mr. Varner returned home to Columbus in 2013 and since that time has exclusively represented victims of automobile and trucking wrecks, premises accidents, dog bites, and a variety of insurance coverage disputes.

Mr. Varner joined Morgan & Morgan in 2019. He is married and the proud father of three young children.