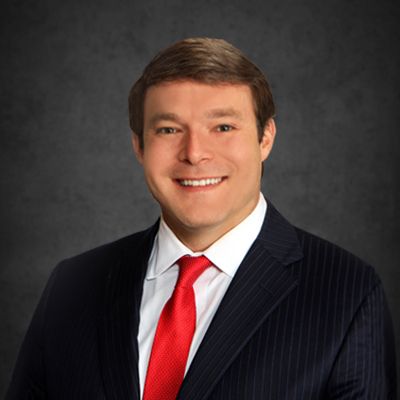 R. Walker Garrett is a lifelong resident of Columbus, Georgia, graduating from St. Anne Pacelli School. He graduated from Huntingdon College in Montgomery, Alabama, in May 2007, Magna Cum Laude, with a degree in Political Science and minors in Business Administration and History. While at Huntingdon, he played varsity tennis, starting at both singles and doubles positions. Mr. Garrett graduated from Mercer Law School in May 2010 with a Juris Doctorate and a Certificate in Advanced Legal Writing, Research and Drafting. While at Mercer he was awarded the CALI Award for the highest grade in Advanced Legal Research, and he served as research assistant for Tax Professor, Monica Armstrong.

Upon graduating law school, Mr. Garrett joined a boutique litigation firm, specializing in catastrophic injury litigation and Federal Employer Liability Act litigation, representing injured railroad union workers. Mr. Garrett is licensed in the State and Superior Courts of Georgia, Georgia Supreme Court, the Northern and Middle U.S. District Courts of Georgia, Middle U.S. District Court of Alabama, Alabama State courts, and the Eleventh Circuit Court of Appeals. he represented of hundreds of business and individual clients for the BP Deepwater Horizon Oil Spill, recovering millions for business owners and individuals throughout the Gulf states. Mr. Garrett joined Morgan & Morgan, P.A., in August 2018 where he continues representation of those injured by the harmful actions of others.

Mr. Garrett is a member of the Georgia Trial Lawyers Association where he serves on the membership committee and has chaired educational seminars for other members of the bar. He also served on the board of the General Practice and Trial Section of the Georgia Bar Association where he was editor as well as an author/contributor of the Calendar Call Magazine, a publication distributed statewide. As part of the General Practice and Trial Section’s commitment to give back to the community, He was the first city captain for the “Ask-a-Lawyer” pro bono service day in Columbus and continues to lead that event in Columbus each year.

In the community, Mr. Garrett served two terms as board chairman for The Literacy Alliance, a local charity committed to ending illiteracy in the Chattahoochee Valley. He continues to volunteer with the organization by reading to pre-k students on an individual basis once weekly in Title I schools in Columbus, and takes the adult literacy students to the Georgia Capitol to meet their state legislators for Literacy Day. Another organization Mr. Garrett is passionate about is MyTeamTriumph, an organization which funds wheelchairs and race entry fees for disabled individuals. He serves on the Statewide Georgia board for MyTeamTriumph and participates in races, pushing disabled individuals in their wheelchair so they can experience participation in various races and crossing the finish line. He is also a member of the Rotary Club of Columbus and served on its board of directors. Mr. Garrett currently serves on the boards of the Direct Services Corporation, also known as Meals on Wheels, and he is a regular meal delivery volunteer to elderly in the Columbus community. He currently serves on the board of the Greater Columbus Young Professionals and has served on that board since 2013, chairing the governmental affairs community multiple years and now serving on the board at large. He also serves on the board of directors for the Hamilton, GA Cemetery Association and as Treasurer for the Alabama Zeta Sigma Phi Epsilon Alumni Volunteer Board. He previously served on the boards of the Convention Trade Center Authority, the Huntingdon College National Alumni Association, and the Columbus Museum Contemporaries. Additionally, Mr. Garrett is a member of the Columbus Inn of Court and Lawyers Club of Atlanta. Mr. Garrett also serves his church, First Baptist Church of Columbus, as an usher every Sunday, an ordained Deacon, and a member of the Advisory Committee. He is also a member of the Board of Directors for Georgia Watch, a statewide consumer advocacy group.

In 2013, Mr. Garrett was awarded the “Five under Forty Award” by the Columbus Chamber of Commerce and Columbus and the Valley Magazine at the age of twenty-nine. In 2016, Mr. Garrett was awarded the “40 under 50 Award” by Columbus Magazine. In 2017, The Literacy Alliance and Columbus Technical College honored Mr. Garrett's service to improving community literacy by naming and funding the R. Walker Garrett Literacy GED Scholarship, allowing adults who could not otherwise afford the GED testing to take the tests for free. He was named Huntingdon College’s Outstanding Young Alumni of the Year for 2017. He has also been selected as a Georgia Super Lawyer’s Rising Star, an honor limited to 2.5% of practicing attorneys under 40.

In 2016, Mr. Garrett ran for Columbus City Council. Columbus, GA is a consolidated government of both county and city, serving over 200,000 constituents. He won two races for the District 8 seat with a margin of 66% of the vote —a special election to fill the unexpired term of Councilor C. E. McDaniel and the other to fill a full four-year term.