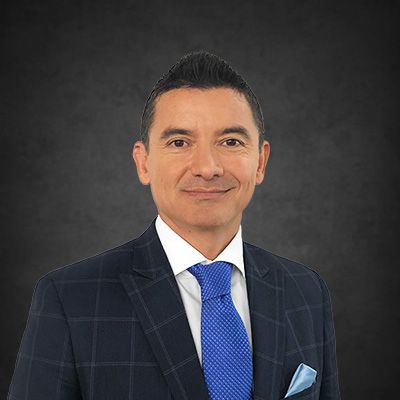 Octavio “Tav” Gomez is the head of the Consumer Protection Department of Morgan & Morgan. He has represented hundreds of consumers both in Florida, and across the Nation. Mr. Gomez has earned a reputation for aggressive and dedicated representation in complex civil litigation. As an attorney, he is constantly striving to become a more educated and informed legal professional, and readily attends legal seminars and conferences to ensure his continuing legal education.

Originally from Colombia, South America, Mr. Gomez moved to the United States as a child. He was raised in in Fort Lauderdale, FL and attended Florida State University for his undergraduate studies. After earning his Bachelor’s Degree in Political Science, he went on to earn his Juris Doctorate at the Florida State University College of Law. While attending law school, Mr. Gomez served as an intern with the Agency for Health Care Administration.

After graduating law school, Mr. Gomez began working as a state prosecutor at the State Attorney’s office in Tampa, Florida. As a prosecuting attorney, he handled a multitude of felony cases, including habitual felony offender, 10-20-Life cases, grand theft and trafficking cases. Mr. Gomez moved on from the State Attorney’s office in 2003 to become a named partner with Taracks, Gomez & Rickman, practicing primarily in the area of criminal defense. During his tenure at the firm, he handled high profile cases including 1st-degree murder, vehicular homicide, complex mortgage fraud, extradition and tax fraud. Mr. Gomez has also handled civil and administrative cases involving the Federal Trade Commission, the Drug Enforcement Agency and the Internal Revenue Service.

Today, Mr. Gomez’s practice at Morgan & Morgan for the Consumer Protection Department focuses primarily on Federal Litigation, on the FDCPA, TCPA, FCRA and other consumer issues. He uses this extensive knowledge and experience in the courtroom, all to the benefit of his clients with Morgan & Morgan. Mr. Gomez has developed an invaluable understanding of the discovery phase and trial preparation. He has represented high profile cases in both Federal and State Court. Mr. Gomez has been involved in some of the largest individual settlement agreements in TCPA cases around the nation. He has a deep understanding of the policies and procedures employed by most banks and debt collectors and has mastered telephonic dialing equipment as described by Congress in relation to the TCPA

Mr. Gomez is a member of the Florida Bar, the Georgia Bar, and numerous Federal Courts throughout the Country. He is fluent in Spanish and has served as lead attorney in more than 60 jury trials and hundreds of bench trials, in both Federal and State Courts. With almost 15 years of legal experience, he handles cases with strategic aggressiveness to maximize case results.