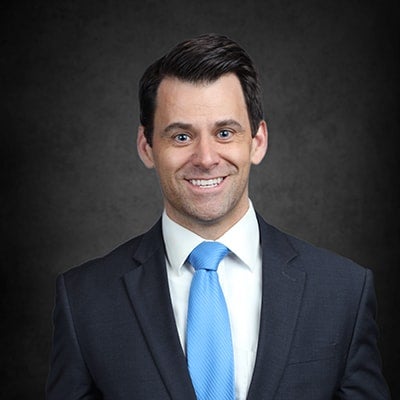 Jason Swinney is Kentucky born and raised. He grew up near his family’s farm in Oldham County and graduated with honors from Transylvania University, attaining a B.A. while majoring in Physics and Spanish. Mr. Swinney received an academic scholarship for Chase College of Law at Northern Kentucky University and earned his J.D. in 2008. During law school, Mr. Swinney competed in Moot Court and clerked for Legal Aid of the Bluegrass, where he worked to protect victims of domestic violence.

In November of 2017, Mr. Swinney joined Morgan & Morgan’s Louisville office, where he continues to practice workers compensation litigation. He aggressively and enthusiastically represents clients recovering from work-related injuries. Outside of work, Mr. Swinney loves to spend time with his wife and two daughters. He is also an avid runner and hiker.